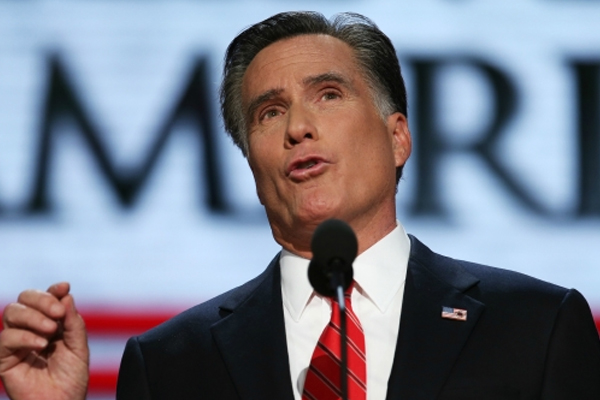 The 2012 Republican nominee — who lost to Obama — has returned to the political spotlight this month after telling donors he remains interested in a third shot at the White House.

In a speech Wednesday at a university in the nation’s poorest state Mississippi, Romney was to develop themes that could fuel speculation about his future, according to excerpts provided by an aide.

The former Massachusetts governor and wealthy businessman will recast himself as an anti-poverty crusader critical of Obama’s handling of the economy, and will take square aim at Clinton.

The former secretary of state “cluelessly pressed a reset button for Russia, which smiled and then invaded Ukraine,” Romney was to say.

“The Middle East and much of North Africa is in chaos,” while China has grown “more assertive,” according to Romney.

Obama, meanwhile, has deployed “timid” foreign policy that left Washington “walking away from his red line in Syria,” slashing Pentagon spending and “insulting friends like Israel and Poland.”

Domestically, Romney acknowledges the economy is “looking up” in the short term, with unemployment now down to 5.6 per cent and the creation of millions of new jobs following the 2007-2008 crisis.

“But it is a lot better for the few, and pretty darn discouraging for the many,” Romney was to say, adding that incomes have remained stagnant for “decades.”

“I can’t count how many recent college graduates I met who expected a high paying job at graduation and instead were waiting tables.”

Clinton would be no better at lifting Americans’ economic prospects, Romney warned.

“How can Secretary Clinton provide opportunity for all if she doesn’t know where jobs come from in the first place?”

The address by Romney hits on themes similar to those that marked his doomed 2012 campaign.

But he is adding a new dimension, as champion of America’s working class, in part by co-opting Obama’s call to reduce income inequality.

“For 50 years and with trillions of dollars, Washington has fought the war on poverty with failed liberal policies,” according to Romney.

Romney was dogged by criticism in 2012 that he was an out-of touch millionaire.

Should he announce a bid, Romney could face stiff competition from a dozen prospective Republican candidates.

Clinton is the clear Democratic frontrunner, though she has not yet formally launched a campaign.