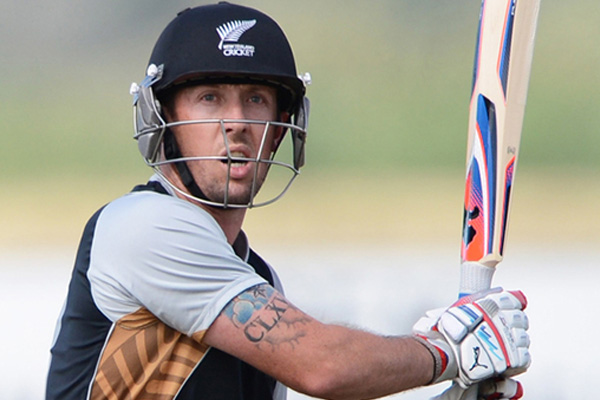 Luke Ronchi played a second consecutive match-winning innings to not only win the Twenty20 series for New Zealand at the Westpac Stadium but also indicate that his flagging international career might have turned a corner. His 51 off 28 balls, a maiden T20 half-century scored at a similar pace to his blitz at Eden Park, and his 68-run partnership with Ross Taylor revived a stumbling chase, ensuring West Indies could not make a late comeback to level the series, like they had in the ODIs.

Their efforts backed up clinical spells from Nathan McCullum and Adam Milne, who had conceded less than a run a ball and taken wickets round the halfway stage of West Indies’ innings, to limit them to a par score on a ground with large boundaries. That the visitors got to 159 was only because Denesh Ramdin, who replaced Kieran Powell, also scored his maiden T20 fifty, in his 36th game.

Ronchi had averaged only 15 in 13 ODI innings for New Zealand and it’s arguable that he lasted this long only because Brendon McCullum hasn’t been fit enough to keep wickets. He was Man of the Match in the first T20 and he began his innings today with New Zealand having slipped from 36 for 1 to 79 for 5, needing 81 off 57 deliveries.

He was watchful for his first few balls, before moving back into his crease to hoist Nikita Miller’s spin into the stands beyond midwicket. Ronchi then changed the game in the 15th over. With New Zealand needed 54 off 36, he carted Dwayne Bravo over deep midwicket and glanced to fine leg to take 16 runs off six balls. He continued to score boundaries off Sunil Narine and Jason Holder in the overs that followed, so when New Zealand’s anchor Ross Taylor fell, there was not much more to do.

The equation had come down to 13 off 12 balls and Tino Best began the penultimate over with two dots. Jimmy Neesham then got an outside edge that screamed to the third-man boundary and put the next into the midwicket crowd, before hooking to finish the chase with an over to spare.