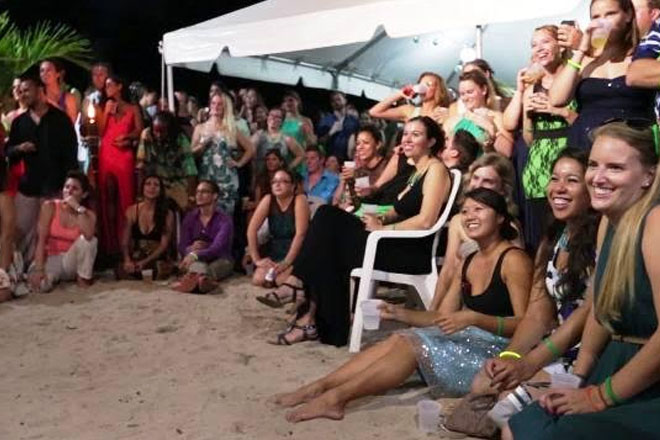 Ross University Students Give Back

(ZIZ News) — The Green Semester Graduating Class of the Ross University School of Veterinary Medicine is giving back to St. Kitts by donating to two local charities.

Throughout their tenure at Ross University, the students of Green Semester held fundraisers to pay for their graduation banquet.

According to one of the organisers, Tamara Qabazard, they decided to scale back on the celebrations and donate most of the funds to two non-profit organisations.

“The way we decided to do it was instead of having a frivolous, extravagant banquet, we decided to have a more comfortable banquet with most of our funds being donated to charity and we chose the Bark Shelter which is the paws group to help with spays, neuters, any outdoor surgeries that need to happen so we don’t have the transmission of diseases to any animals that we have, but also, we wanna donate to the island itself and so we are donating to The Children’s Home,” she explained.

Qabazard said it is their way of giving back to a place that had become their home.

“We decided as a class that our responsibility as in-comings or foreigners was we need to start giving back to our land. This is our land and this is our home for two and a half years. And we decided that giving back to St. Kitts and helping the people of St. Kitts would be a much better idea that to just serve ourselves,” Qabazard said.

The Green Semester banquet was held on Saturday at Reggae Beach Bar and Grill on the South-East Peninsular.