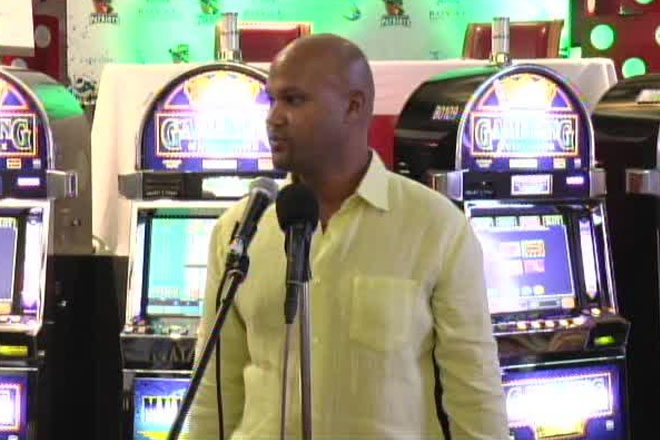 (ZIZ News) — The St. Kitts Royal Beach Casino has entered into a partnership agreement with The St. Kitts Nevis Patriots for the second consecutive year.

The official signing of the partnership agreement and handing over of sponsorship funds in the amount of $27, 500, took place during a press conference held at the St. Kitts Royal Beach Casino on Thursday.

According to vice president of The Royal Beach Casino Arun Maharajh, the casino fully supports the Federation’s cricket team and expects an inspiring performance during the games this year.

“To date we have invested heavily in the development of sports and cricket in particular through our support of the patriots. We believe in the charitable acts of the patriots and we will continue to support them in years to come. As we sign this partnership agreement, this demonstrates how serious we are in our commitment to the patriots and in exchange we know they will deliver even better results,” he said.

Minister of Sports, Hon. Shawn Richards commended the casino for its continued support of the patriots, noting that the partnership benefits the entire federation as much as it does the team.

He encouraged the general public and businesses to also join in supporting the patriots during CPL.

“The Patriots as a relatively new franchise can only continue to grow with the support of other business entities in St. Kitts and Nevis and also the support of Kittitians and Nevisians therefore the growth is not one which is dependent on just financial resources but also the moral support of the public,’ he said.

As part of the agreement, the Royal Beach Casino also offers accommodations to the patriots while in St. Kitts.

Events will also be hosted in the casino, particularly in sky ultra lounge, where fans can meet the Patriots team members.

Discussions are ongoing with other sponsors of the Patriots to host viewing parties for away games to offer remote support to the team.