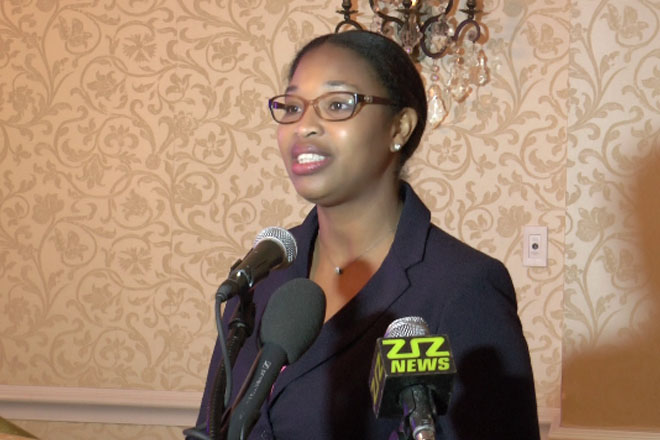 (ZIZ News) – The Royal St. Christopher and Nevis Police Force partnered with Monroe College to host a workshop on current issues within the Criminal Justice system”.

Speaking on behalf of Prime Minister, Dr. Hon. Timothy Harris, who was in Dominica at the O.E.C.S. Authority Meeting, Amory acknowledged the attendance of non-police officers who he said also play a role in the country’s safety and security.

“All of the stakeholders represented here today in these series of workshops recognise that there is that interdependence of duty, of function which requires that while the government has a responsibility for providing the infrastructure, providing the resources, hiring the manpower to engage in the head-on fight against crime and the prosecution of crime and so on, that there are other avenues which will help to assist in the solution of the problem in which we are now facing,” Amory said.

Petty spoke of some of the major challenges within the local Criminal Justice system, identifying “delays in cases being brought to the court for trial, re-offending and recidivism among prisoners who have been released, rehabilitation of prisoners, concerns with juvenile justice and how to deal with juvenile offenders” as chief among them.

He expressed hope that the recent trainings would help to reduce or alleviate those issues which also include “rise in violent crime, community engagement and witness protection.”

Isaac, who is a Kittitian by birth, said she was pleased to be part of the planning team, noting that although she resides in New York, she is “fully committed to assisting the people and the Government of St. Kitts and Nevis.”

She said, “In doing so, I am so much available to them that I have taken it upon myself to ask the institution that I work for, Monroe College, convince the Vice President to send down an entire team to do such an event.”

While the morning session laid out the framework for the day-long event, the afternoon session featured four workshops: Investigations: Violent Crimes and Gangs and Cooperation; the Judicial System and Innovative Approaches to Issues in the Community; Effective Leadership/Management in Law Enforcement – the impact on the organisation and the larger community; and Victim Cooperation and the Intimidation Factors/Witness Protection Programme.