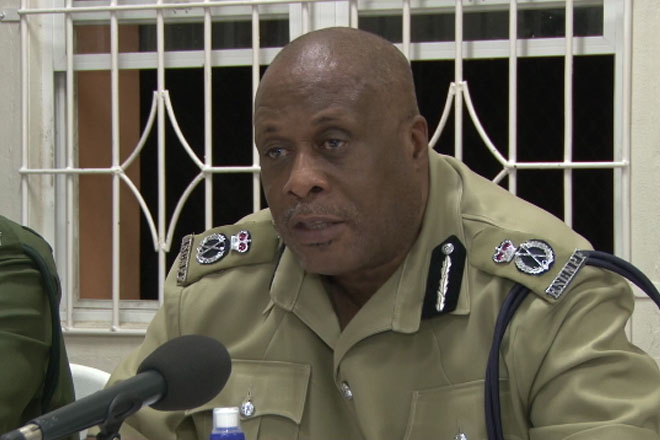 (ZIZ News) – A synopsis of the Federation’s crime statistics for this year was presented on Wednesday evening when the Royal St. Christopher and Nevis Police Force hosted another town hall meeting, this time in partnership with the St. Kitts and Nevis Defence Force and Her Majesty’s Customs and Excise Department.

Acting Commissioner of Police, Stafford Liburd shared the homicide figures and spoke of the Force’s successes where drug and firearm seizure is concerned.

On the issue of murders, it was revealed that there had been 26 this year.

“We have seen a decrease in the overall crime by 20 percent and we are encouraged but still concerned about the rate of violent crimes,” Commissioner Liburd stated.