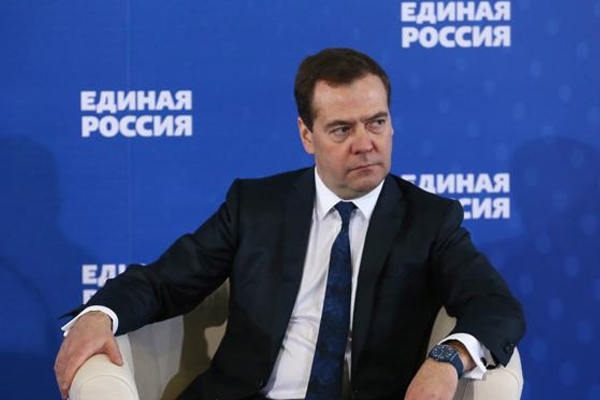 Moscow (AP) — Russia has ordered five of the country’s major state-controlled exporters to sell excess currency reserves in its latest attempt to shore up the ruble, which has endured big losses this year in the wake of sliding oil prices.

The Russian government published an order on its website Tuesday, instructing gas giant Gazprom, oil companies Rosneft and Zarubezhneft and diamond producers Alrosa and Kristall to reduce their foreign currency assets to October levels and to not raise them again until March.

Two of these companies are 100 per cent state-owned and the others are state-controlled.

With oil prices sliding, Russia’s energy-dependent economy is suffering and is widely predicted to fall into recession next year. One manifestation of that has been the sharp fall in the value of the ruble. The currency is the worst performing currency this year, along with the Ukrainian, hryvnia, having lost nearly half its value.

In response to the falling ruble, the country’s central bank has raised interest rates sharply in an attempt to stem the selling tide. Last week, it increased its key interest rate to a whopping 17 percent. Though it may shore up the ruble it’s likely to hurt Russian businesses and households.

Earlier, Russia’s prime minister, Dmitry Medvedev, warned of a risk of a “deep recession” in Russia.

Speaking at a meeting of his party, Medvedev said the government won’t retreat from its strategic aims and social spending. Otherwise, he said Russia could plunge into a “deep recession.”

Medvedev insisted the rate hike was a temporary measure and that it will be lowered as soon as the ruble stabilizes. Further signs emerged Tuesday that the ruble is under less stress in the wake of steadier oil prices. It was up 2 per cent at 54 against the dollar.

Meanwhile, Medvedev sought to blame others for part of Russia’s current economic difficulties.

He said the Russian economy is in a worse place now than in the 2008 crisis because “a number of countries are effectively hampering the development of our economy.”

The US and its allies, primarily in Europe, have slapped a series of sanctions on Russia over its involvement in Ukraine and the annexation of Crimea. While some of the sanctions were largely symbolic like travel bans, other restrictions have hit the economy hard, such as closing Western debt markets for major state-owned companies.