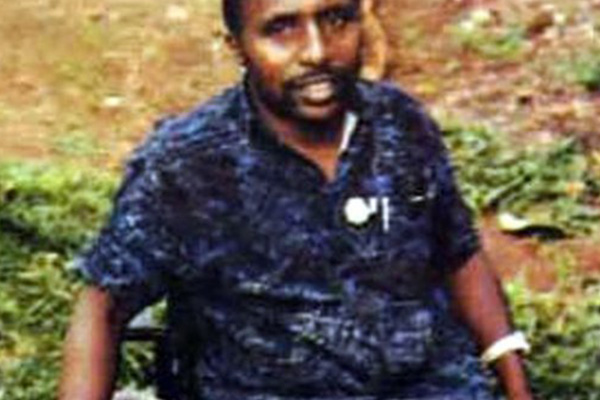 (BBC) — A French court has begun hearing the landmark trial of a former Rwandan intelligence chief charged with complicity in the 1994 genocide.

Pascal Simbikangwa, who is paraplegic, was arrested in 2008 when he was living under an alias on France’s Indian Ocean island of Mayotte.

He denies all of the charges.

France has been accused of being too slow to prosecute those allegedly linked to killing hundreds of thousands of Rwandans over 100 days in 1994.

After the genocide, many Rwandans fled to France as they share a common language and used to enjoy close diplomatic relations.

Mr Simbikangwa, 54, stands accused of helping to arm ethnic Hutu militia who manned roadblocks in the capital, and instructing them about their part in the slaughter.

He has acknowledged being close to the government of President Juvenal Habyarimana, a Hutu whose assassination in 1994 led to the outbreak of violence that killed some 800,000 ethnic Tutsis and moderate Hutus in Rwanda.

More than 50 journalists, historians, farmers, security guards, and former intelligence officials are expected to be called as witnesses in the trial.

Many of the victims’ families have been eagerly awaiting the trial.

Dafroza Gauthier, who lost more than 80 members of her family in the genocide, has been working for the past 12 years with her husband, Alain, to build the case against Pascal Simbikangwa.

She told reporters the trial was “an important moment for the victims who have been waiting for this trial for 20 years – for them, for their families, but also for French people who were certainly misinformed at the time of the events during the genocide”.

Rwandan Justice Minister Johnston Busingye said the start of the trial was a “good sign”.

A lawyer working with the prosecution, Clemence Bectarte, told the BBC many of the suspects of the Rwandan genocide “have lived in total impunity” after seeking refuge in France in the late 1990s.

“Of course it is late, but it’s never too late,” she said.

The trial is expected to last seven weeks.

France has been accused of not doing enough to stop the genocide in Rwanda, and of delaying the extradition of genocide suspects.

It denies the accusations but Rwanda severed relations with France in 2006, although ties were restored three years later.