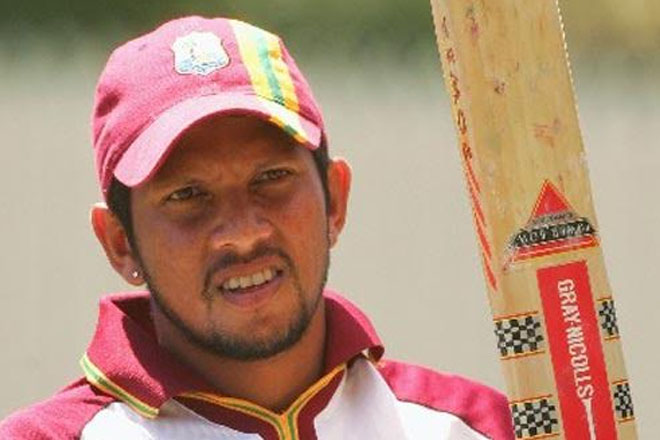 Sports Page — Ramnaresh Sarwan, the former West Indies captain, has ruled himself out of playing for Jamaica Franchise for the 2015-16 Professional Cricket League (PCL) campaign.

“He [chairman of selectors Wavell Hinds] informed me that he is in receipt of an e-mail from Mr Sarwan expressing regret that he is unable to attend our trial matches and our training, based on commitments that Mr Sarwan has in Guyana,” Francis told Observer Online on Monday. Francis explained that as per the Franchise’ guidelines, squad members are required to participate in physical assessments and trial matches.

“That [his absence] would eliminate him based on those criteria,” said the local cricket CEO.nThe second season of the Professional Cricket League (PCL) is scheduled to start November 6th. If selected for Jamaica, Sarwan, 35, was expected to be paid on a game-by-game basis. He has been dogged by fitness concerns throughout much of his senior career with the West Indies.

He made his Test debut against Pakistan at Kensington Oval in Barbados in May 2000. The batsman played the last of his 87 Tests against India in Barbados in mid-2011.