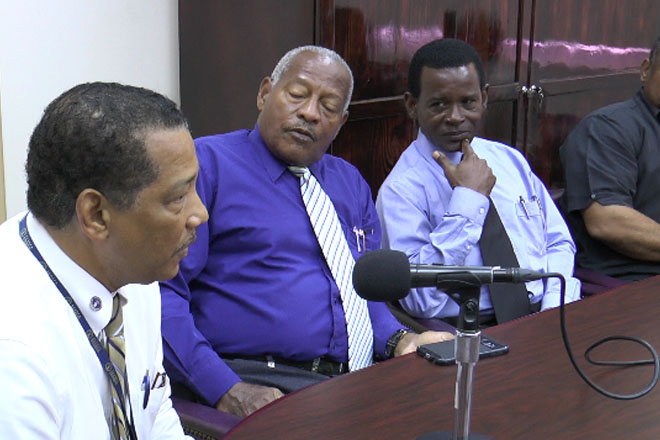 (ZIZ News) – Government ministers aren’t the only ones praising the relationship between the Republic of China (ROC) on Taiwan and St. Kitts and Nevis.

On Thursday, Acting Chief Executive Officer for the St. Christopher Air and Sea Ports Authority [SCASPA] Marcellus Phillip said the ROC-Taiwan’s recent donation of US$300 thousand to his company is “testimony to the depth of the bond and relationship between both countries.”

“Our relationship goes back, as far as I’m aware, back to 2006 when we were able to negotiate a loan for EC$37.6million for the renovation of the RLB Airport, the runway and the apron. That didn’t stop there,” Phillip said.

Other notable contributions, he said, came in 2011, when SCASPA received EC$806 thousand to purchase a reed stacker, followed by a donation of US$300 thousand for the renovation of the arrival lounge at the Robert L. Bradshaw International Airport, which was followed by the expansion of the departure lounge in 2012.

He added, “This third phase is really a continuation of the process and this third phase is probably gonna cost us about a million dollars to do the complete renovations and which we’ll see the removal of the old tiles, putting down new tiles, putting down new counters, repainting the place, resigning the place and a number of other enhancements.”

The Republic of China on Taiwan, through Resident Taiwanese Ambassador His Excellency George Gow Wei Chiou, this week, presented cheques in substantial amounts to the Ministry of Public Infrastructure for use by SCASPA and the local electricity company, SKELEC.