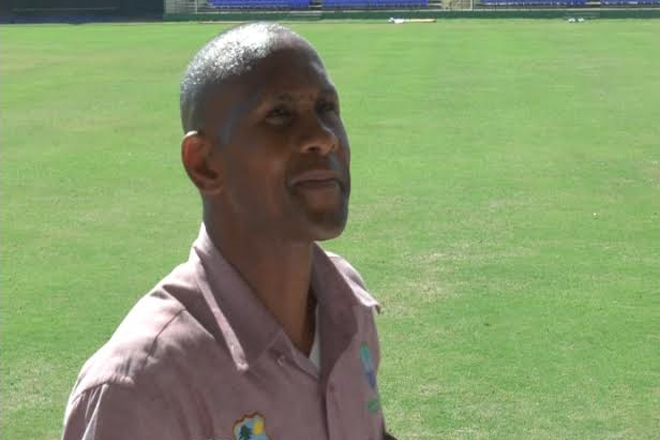 (ZIZ News) – The 2016 edition of the Scotia Bank/West Indies Cricket Board (WICB) Kiddy Cricket Programme got underway on Thursday, following a ceremony at the Warner Park Cricket Stadium.

Used as a developmental tool, the programme helps primary school children gain and maintain appreciation for cricket and Leeward Islands Territorial Development Officer, Junie Mitcham says it continues to play a significant role in the further development of cricket.

“It’s important to note that since the inception of the programme, it has yield good fruits for all of our young people among our young people, many of whom have gone on to represent St. Kitts as well as Leeward Islands aged group teams; under-15 and under-17,” Mitcham said, adding “it must also be noted that the Scotia Bank Kiddy Cricket Programme is not only playing an integral role in the participants’ development but also teachers and coaches alike.”

Chief Education Officer, Dr. Tricia Esdaille commended the organisers for the investment they continue to make in the lives of children.

She said, “I’m comforted in knowing that our partners recognise that youth development is a priority and working diligently to offer the best for our young people. Through the dedicated leadership of persons present here and other community stakeholders, kiddy cricket will give children in this country the opportunity to play and learn and I have no doubt that there will be many memorable matches. These matches may very well provide a preview of the next generation of great cricketers from St. Kitts and Nevis.”

Meanwhile, General Manager and Country Head of Scotia Bank, Dave Ramsumair said the programme does more than provide children with the tools to play cricket, stating “for many children the chance to show their skills at international games is the icing on the cake but there’s a whole lot of baking that goes into the cake before that. The after school coaching programme is the foundation. Through Scotia Bank’s sponsorship, over 150,000 children at over 700 schools around the region receive regular after school coaching from trained cricket coaches and that’s just those currently enrolled”.

The Scotia Bank Kiddy Cricket Programme will run for the next several weeks, at the end of which, there will be a Kiddy Cricket Festival featuring all participating schools.