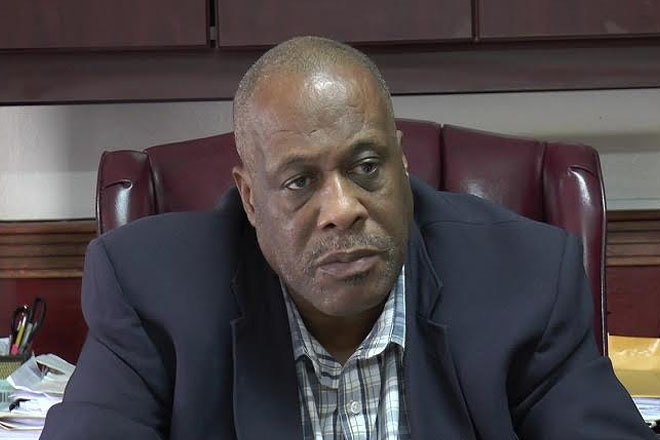 Security Personnel to Get Financial Boost in 2016

In listing some of the safety and security accomplishments to date, Dr. Harris spoke of the re-establishment of the Ministry of National Security, the launch of Six Point Plan of Action, investment in technical expertise through the Bramshill Policing Advisors, the 24-hour monitoring of Closed Circuit Televisions (CCTVs) and the contracting of Zenitel Caribbean BV.

He added, “Proposals for the establishment of the National Crimes Commission and the St. Kitts and Nevis Defense Council have already been approved by the Cabinet of Ministers and these will be activated in 2016.”

In addition to plans that are expected to help make residents of and visitors to St. Kitts-Nevis feel more comfortable, Dr. Harris announced an initiative that will directly benefit security personnel noting “that in this 2016 Budget, Team UNITY will facilitate a 20 percent increase in risk pay for security officers.”

“I urge them not to disappoint us. The risk pay of course would be paid to the police, the prison, to the Defence Force, the Coast Guard and fire and rescue. All would be given a fair share,” he said.

According to the Prime Minister, that decision came following a proposal from the police high command to consider a review of the risk pay that is paid to security officers.

He noted that in addition to the increased risk pay, security personnel will be rewarded for exemplary work.

Since then, ZIZ News caught up with Acting Police Commissioner Stafford Liburd who said his organisation welcomes the increased risk pay.

He said. “It’s always pleasing for any government to respond to requests financially made by the police, and I want to speak particularly of the police in this case to have the increase of risk pay to 20 percent so in terms of the police, we appreciate the positive response.”