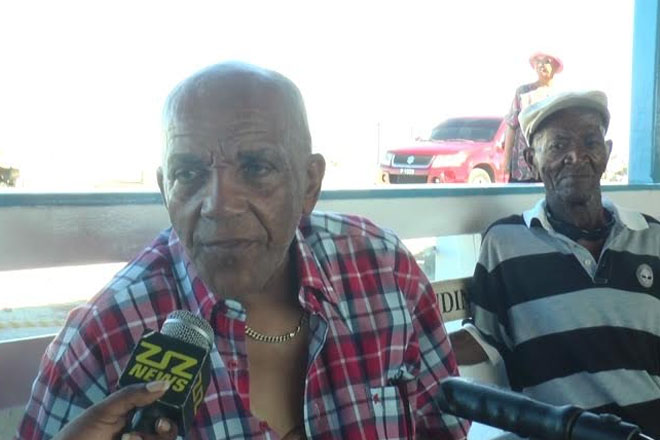 (ZIZ News) — Earle Clarke was one of the more than 100 senior citizens who participated in Thursday’s coastal tour onboard the Prince DeVonte J.

He told ZIZ he and the others were thrilled with the outing.

“I would like to say it was a fantastic effort in organising this event and this event, everybody felt comfortable. Everybody felt at home and there was this togetherness with the senior citizens and it good that they are recognised,” he said.

Following the four-hour sail, ZIZ’s cameras were at the Port Zante Marina where the seniors disembarked, some boarding buses that had been provided and others driving away in privately owned vehicles.

Clarke shared the details of the sail.

He said, “About 130 persons braved the sea today and went on this trip. We touched the shoreline right down to Ross University and then we went all the way up to the South East Peninsula, up to the farthest point which separates St. Kitts from Nevis,” he said.

He also had words of appreciation for the event’s organisers from the Department of Social Services and Community Development.

Thursday’s tour comes ahead of the October observance of Month of Older Persons. According to the Department of Social Services and Community Development’s Azilla Clarke, several activities will be held next month.