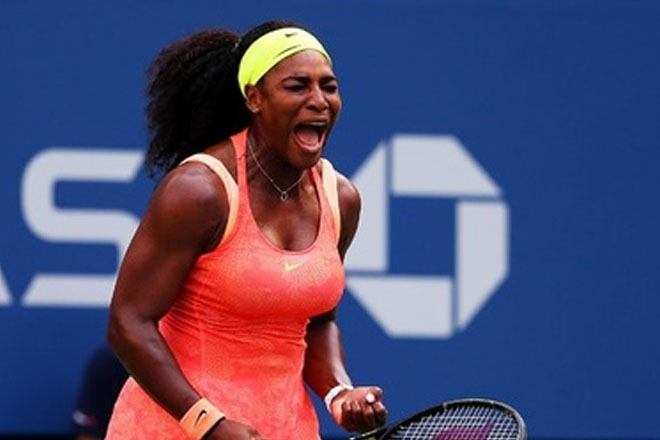 Sports Page — Shortly after winning a surprisingly competitive second-round match against Kiki Bertens that lasted 1 hour 32 minutes in warm conditions, Serena Williams and her coach, Patrick Mouratoglou, went back to the practice court and hit balls for almost an hour.

They worked on her serve, which was a source of frustration in the match. She also fired passing shots down the lines that screamed off her racket at a ferocious pace.

Williams’s 7-6 (5), 6-3 victory over Bertens on Wednesday was her 23rd straight win in a major tournament this year. In the third round she will play Bethanie Mattek-Sands, who routed CoCo Vandeweghe, 6-2, 6-1. It will be the 53rd match of the year for Williams, who has won 50.

Even after Williams came back from 0-4 in a first-set tiebreaker, summoning her unconquerable will to do it, she was not pleased.

“It definitely wasn’t my happiest of moments,” Williams said. “I don’t think you should be happy with just winning. At least I’m not. Maybe other people can.”

Williams said Mouratoglou had noticed specific things that needed to be addressed. At one point he demonstrated the proper shoulder tilt while serving. Williams has five matches to go to make history, and she must improve on her performance to do it.

Then again, maybe she doesn’t.