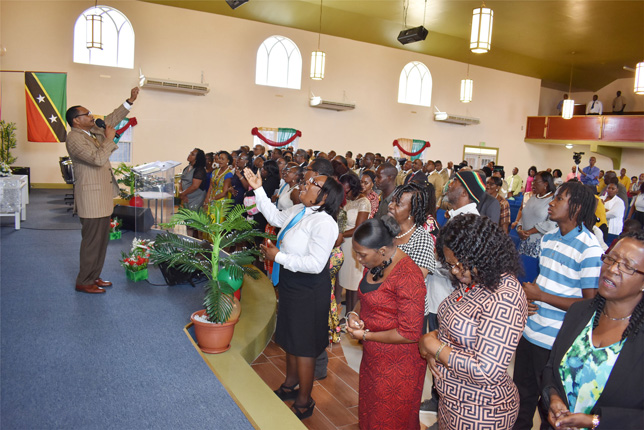 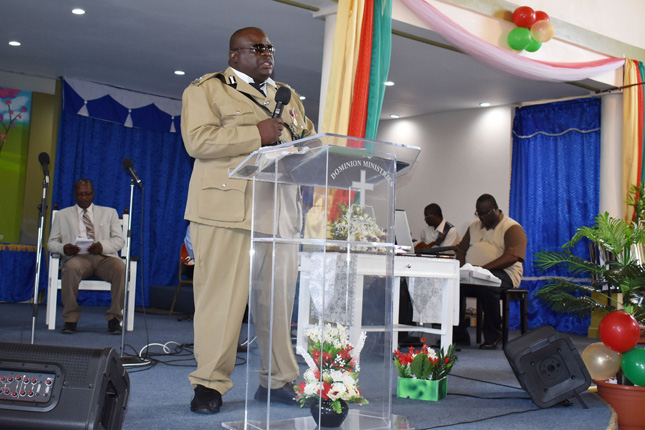 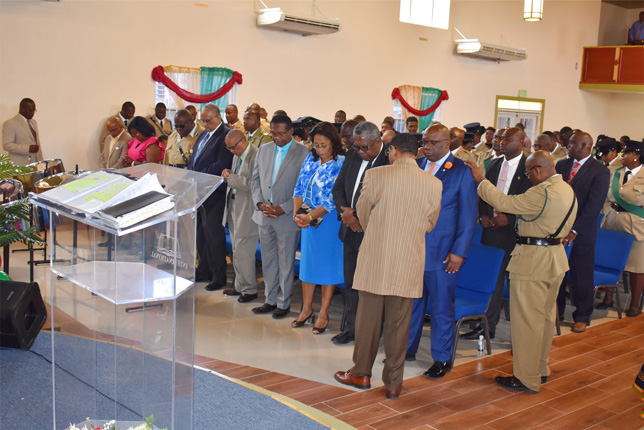 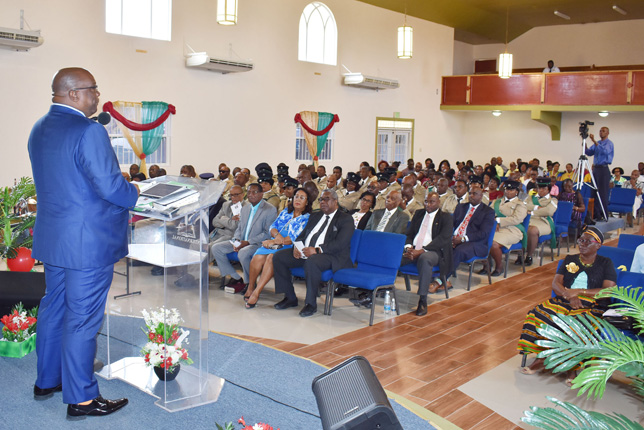 A special service of appreciation and thanksgiving for officers of Her Majesty’s Prison at the Calvary Baptist Tabernacle in Romney Ground, Sandy Point on Sunday March 3 2019.

During the service, The Honourable Prime Minister outlined that for the peace and security of the country, more men and women are required to stand with the law enforcement across the various disciplines. He advised that the government has made provisions for persons to excel and to go as far as they can in any of the career paths within the government service.

Her Majesty’s Prison’s contingent was led by Acting Superintendent of Prison Mr Denzil Harris who praised the committed and hardworking officers and advised those who were awarded not to take the awards and become complacent.