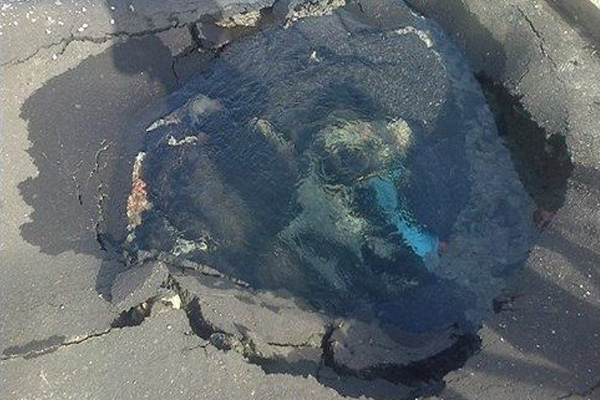 On Sunday, employees of the NIA’s Public Works Department were seen digging up the road which was recently paved. This comes after news spread last week that there was a large hole in Hamilton Road. Photos of the hole were later posted on the social networking site, Facebook.

In a telephone interview with ZIZ News, Honourable Carlisle Powell, former Junior Minister of Communication and Works, said that he is not surprised by the setback.

Powell said that the deadline set for the completion of the project was never feasible and this incident will definitely setback the project even further.

“But the fact is that the 17th deadline that they had for the entire section for the road was never ever going to be feasible,” he said. “Now with this delay in the project, having to do over this phase of the project means that they are going to be a little bit behind schedule further.”

Meantime, Honourable Troy Liburd, Junior Minister responsible for Communication and Works said that the project is in no way delayed.

Liburd said that the collapse was as a result of broken pipes.

Mr. Liburd indicated that the road will be completed by next week.

A recent story issued by the NIA’s Department of Information revealed that the Hamilton Road Project has been undertaken at a cost of approximately EC$5.7 million.