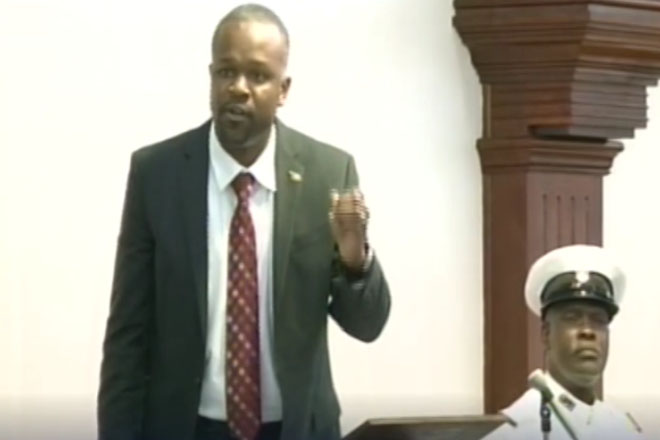 The prompt start, which had become customary under the leadership of the Assembly’s President, Hon. Franklin Brand, was lauded on social media by many nationals.

Most of the day was spent hearing debates on the Stamp (Amendment) which was subsequently passed.

The country’s Prime Minister, Hon. Dr. Timothy Harris led the debate and said while his administration welcomed the Bill, there was need for reform.

“This was one of the fiscal measures that was put forward during the last Budget session,” he explained noting that “this measure was intended to make the tax system more equitable as it relates to real property.”

“Most, if not all of us should be aware that any proper tax system should be based on certain characteristics, one of which is equity or fairness. Fairness in that everybody should pay their fair share of taxes. This is the premise on which my administration built its vision, a fair share for all,” the Prime Minister said.

Opposition Member, Hon. Konris Maynard claimed that the Stamp Amendment Bill 2015 was an exact replica of measures passed by the former administration.

He also claimed accused the Government of misleading the public when it said recently that the upcoming Budget will not feature any new taxes.

“When the Prime Minister goes and says it’s a tax-free budget, someone probably alerted the Prime Minister, we have this tax here that’s going to be in place for the condominiums which is a significant amount of revenue that we will need to collect in 2016 so therefore, you will need to go and pass it in this Honourable House before the Budget,” he said.

Up to press time, the Administration of Small Estates (Amendment) Bill 2015, which was presented to parliament by the country’s Attorney General, Hon. Vincent Byron, was passed and debates had begun on the Pentecostal Church of God (Incorporation) Bill, 2015 which was led by Ecclesiastical Affairs Minister, Hon. Vance Amory.