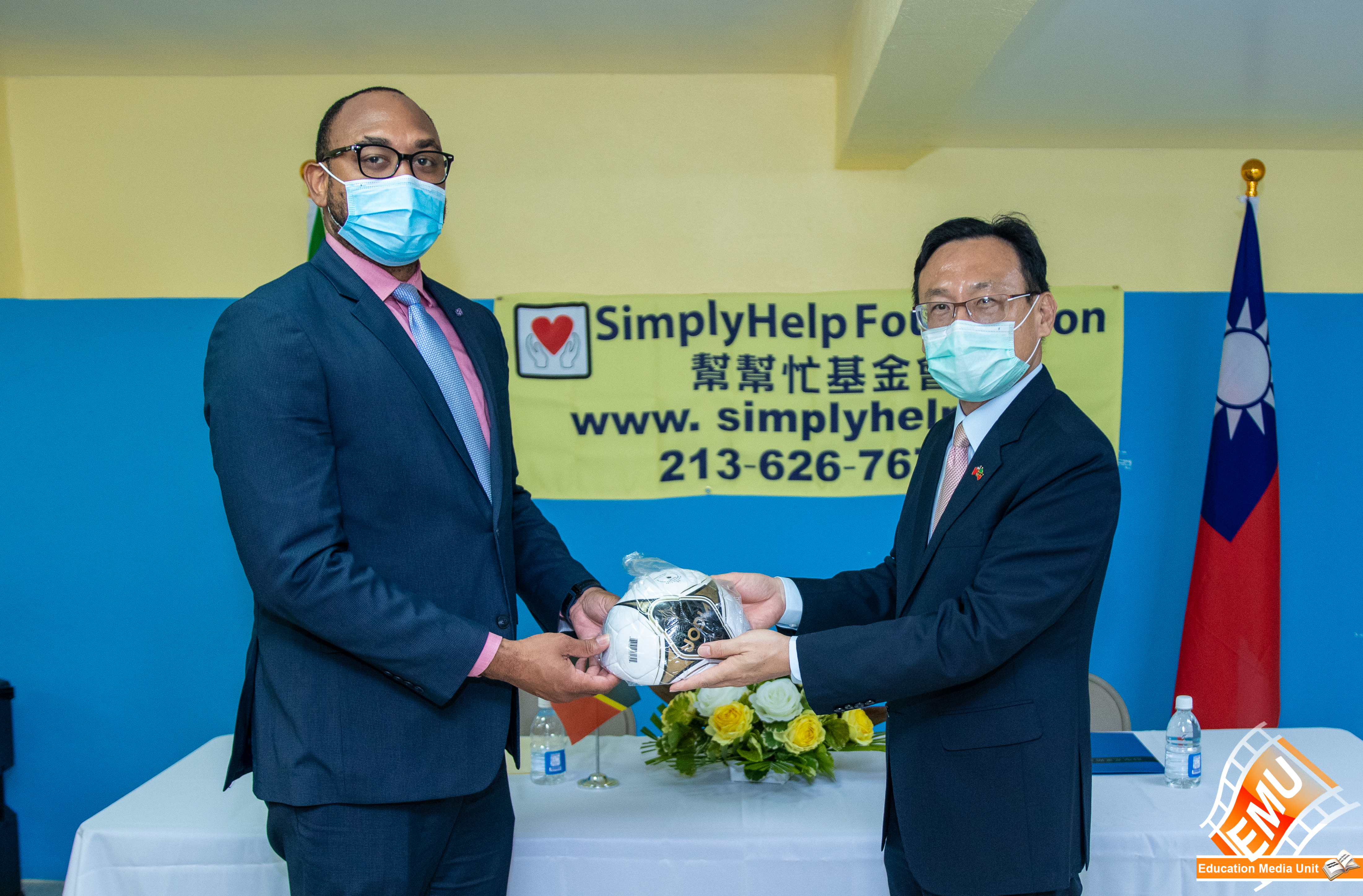 Basseterre: St. Kitts, Friday, August 20th, 2021:​ Several goods, including children’s items, gift sets, male and female clothing, sporting equipment, electrical devices, household items, and stationery among other things were donated to the Government of St. Kitts and Nevis to distributed to charity and faith-based institutions, hospitals and daycare centers, as well as other organizations in an effort to meaningfully benefit a number of persons.

The items valuing USD $66,000.00, were handed over during a brief but significant ceremony on Thursday, August 19th, 2021 at the Early Childhood Development Unit conference room.

Resident Ambassador of the Republic of China (Taiwan) to St. Kitts and Nevis, His, Excellency Michael Lin, said that the Simply Help Foundation is dedicated to assisting persons living in poverty by providing emergency disaster relief, vocational training, shelter, and care for the homeless.

Ambassador Lin stated his pleasure in handing over the charitable donation of items.

“On behalf of the Simply Help Foundation, I have the pleasure to handover to the Ministry of Education a total of 331 boxes of goods including children and student items, male and female clothing, sports equipment, household items, stationary and electrical generator with a total value of USD $66,000.00. Among the goods are 10 brand new desktop computers and computer sets that will be used to establish a school computer lab,” Ambassador Lin said.

Ambassador Lin expressed that this donation is symbolic of the close diplomatic relationship that is shared between Taiwan and the Federation of St. Kitts and Nevis.

“It is my belief that the kind gesture from the Taiwanese NGO’s exemplifies the close bilateral relationships between our two countries and also represents the enduring friendship between the people of St. Kitts and Nevis and Taiwan” noted Ambassador Lin.

Honourable Jonel Powell Minister of Education, Youth, Sports and Culture voiced gratitude for the donation of computers, as he articulated that the computers will be installed in the new computer lab at the St. Paul’s Primary School.

“The Ministry of Education is indeed grateful to receive 10 new desktop computers that will be used in the new state of the art computer lab at the St. Paul’s Primary School. It is anticipated that this computer lab will become operational during the first term of the upcoming school year,” announced Minister Powell.

Minister Powell expressed, that through the donations made by Simply Help, many persons are encouraged to continue living and thanked Ambassador Lin on behalf of the Federation.