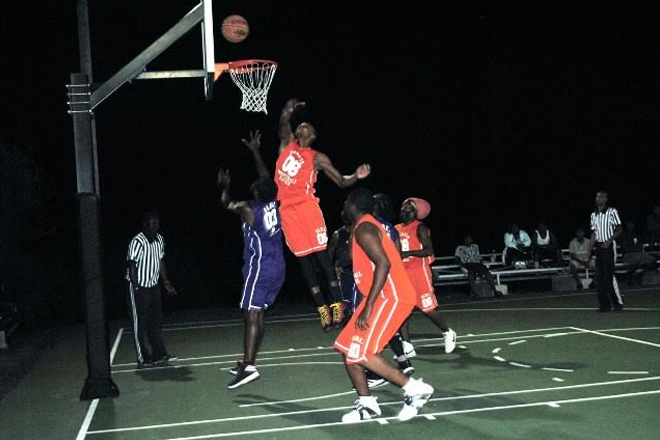 Their opponents were coming for a kill and were dangerously closing in, but the Inner City Ballers Team was saved the agony of having to go into the fourth game of the best of five finals against Fair Share by a single point on Wednesday night, at the Molineaux Basketball Court.

According to journalist Peter Ngunjiri, having beaten Fair Share by the narrowest of margins – 86-85 – in the third game in the best of five finals, Inner City Ballers are the new Harris Basketball League champions, reclaiming the title they last won in 2012 when the league was known as Constituency Seven Inner City Basketball League.

The league, which started in 2003, was the brainchild of the present League Commissioner Crace Lewis, and Samuel Caines. It immediately enlisted and got the support of the Parliamentary Representative Dr. Hon. Timothy Harris who agreed to be its sponsor, and has continued to be its sponsor to this day.

The nail-biting and fast game on Wednesday which started at 8:45 pm, saw a hamstrung Fair Share, who had only five players for the entire first half, going for an early kill, making the first score and underlining their determination to win the game by taking the lead at the end of the first quarter where the score-line was 18-15 in their favour.

Word from the League Commissioner is that presentation of trophies will be done at a date to be announced shortly, after he would have consulted with the main sponsor, Prime Minister Harris, and the other sponsors of this year’s Harris Basketball League.