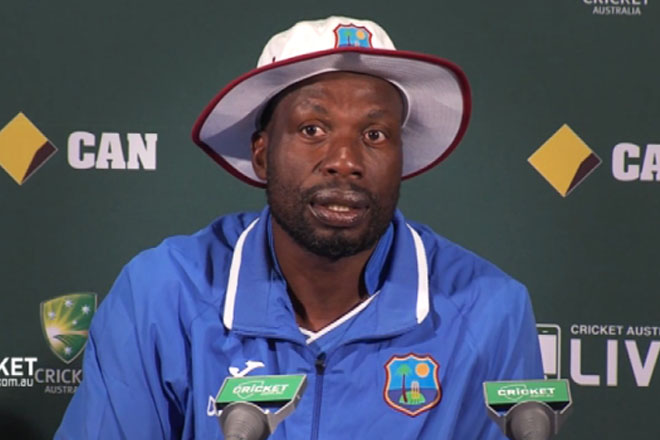 Speaking after the team’s training session on Tuesday, Sir Curtly said all the pressure is on the Australian players.

“I explained to the guys, in no uncertain terms, that if we are going to struggle against basically an Under-19 team, how do we expect to compete against a strong Australian line-up? As far as I’m concerned, Australia is the one under the pressure, they have to beat us because Australians and cricket in general expect them to steam roll us so they’re the ones under pressure, not us, and we’re going to put up a good show,” he said.

The former West Indies fast bowler said he has challenged the players to use the negative comments surrounding the team as motivation as they head into the first test this week.

“We’re going to be focused. We’re not going to worry about what has been said about us not being a good team or not going to compete, games being over in three days and all that kind of stuff. We’re going to take them and turn them into positives,” Sir Curtly said.

The first test will be played at the Blundstone Arena in Hobart from Thursday December 10th to Monday 14th.

The match bowls off at 10:30am Australian time or 7:30pm Wednesday Eastern Caribbean time.