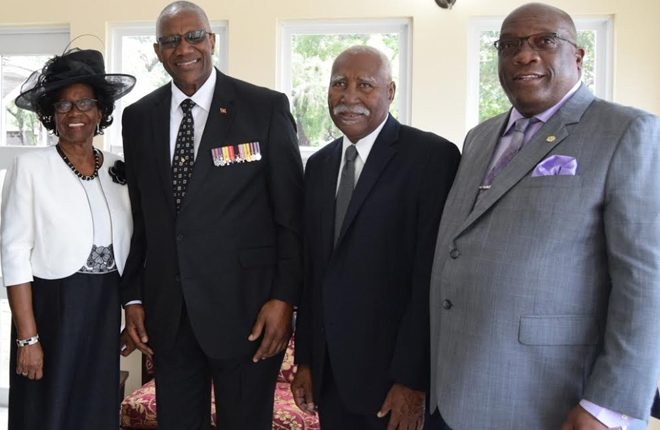 Sir Frederick of St. Vincent and the Grenadines says St. Kitts and Nevis has lost a hero

Sir Frederick is in St. Kitts to attend the State Funeral for Sir Cuthbert, who served as Governor General from 1996 to 2013. Sir Cuthbert’s body laid in state at Government House prior to the state funeral today on Monday, April 10. Sir Frederick was among the many persons who paid their respects.

“He was a great man professionally; a great humanitarian, whose service is recognized throughout the world, not only in St. Kitts and Nevis and the Caribbean, but all over the world, especially in Canada where he served for some time,” he said.

Sir Cuthbert studied in Canada for a number of years earning a Bachelor of Science Degree from Mount Allison University and an MDCM (doctor of medicine and master of surgery) degree from Dalhousie University.

Sir Frederick, who is also a medical doctor, became close friends with Sir Cuthbert before he became the Queen’s Representative to St. Kitts and Nevis in 1996.

“It is a great loss for all of us,” Sir Frederick said.

Sir Cuthbert died on March 26 and will be laid to rest at the Springfield Cemetery on Monday, April 10, following a State Funeral with full military honours. He was 95 years old.