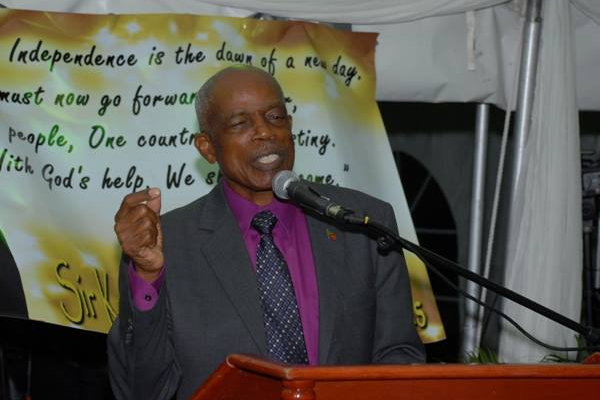 Sir Kennedy celebrated his 78th birthday surrounded by family, friends and well wishers. During the course of the evening, tributes were paid to him in recognition of his contribution to the nation under the theme, ‘The Measure of the Man.’

Video footage of historic moments in Sir Kennedy’s career were shown, including footage of his first cabinet, his welcome speech to Nelson Mandela on behalf of CARICOM, and his inaugural speech at the United Nations.

The feature speaker at the dinner party was former Attorney General Tapley Seaton,Q.C. Sir Kennedy’s first daughter, Pauline also spoke and gave insight into who Sir Kennedy was from private perspective which the public would not generally be privy to.

The event, which was described as ‘well attended’, was held at Garvey’s Estate at Boyds.