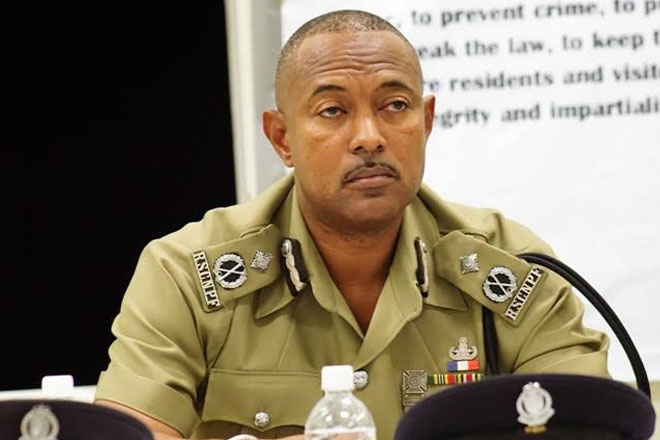 (ZIZ News) — The police are crediting the Six-Point Action Plan for the recent success in removing illegal firearms from the streets of Basseterre and Charlestown.

Director of Public Information for the Royal St. Christopher and Nevis Police Force, Grell Browne, through a press release, said the police have seized 15 illegal firearms in the Federation so far this year, with eight coming after the implementation of the plan.

In a telephone interview with ZIZ News, on Monday, Assistant Commissioner of Police with responsibility for Crime, Ian Queeley said they have already surpassed the entire total for 2014.

“It’s a reflection that the officers continue to work hard and they’re reaching out to members within the community and that the community is also supporting the efforts of the police in providing the necessary information. Overall last year, we removed 12 firearms. So far for the year, we have removed 15,” Queeley said, adding that it is the Force’s intention to make every resident feel safe.

“The officers are continuing to work assiduously because it is our intention to remove fear of crime and also eliminate violent crimes within the Federation,” he explained.

The police force is also reporting that firearms have been seized every month since June, with one being confiscated that month.

Two each were removed in July, August and September and one firearm has so far been seized this month.