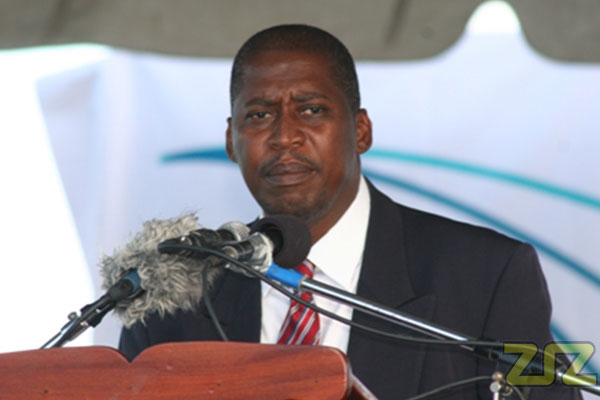 ZIZ News — This past week, the St. Kitts Electric Company Ltd. [SKELEC] began installation of the new smart meters in selected areas as part of a pilot programme before the nationwide roll out.

ZIZ News spoke with Chief Executive Officer of SKELEC, Cartwright Farrell, who explained how the smart meter installations are expected to proceed.

“What we are trying to do is to make sure that the project is as we wish it to be so we are starting with a pilot project. You would have seen them in Bayview, Boyd’s, Camps, that area, they would have been putting in the first meters in our pilot project. We are going to finish that between Thursday and Friday of this week and we are going to be moving on to the phase where we have to make modification to the houses for some of the new meters. We will have some electrical contractors, who are hired by SKELEC, to come out and make modification on the houses so that the meters can be fitted on properly. Those we are expecting to come out throughout May. In June, our meter vendor, a company out of Canada called Corinex, is going to return to St. Kitts and we are going to do a full roll out for the pilot,” he explained.

Mr. Farrell noted that the installation of 500 smart meters in the pilot areas will be completed by June this year. Following this, the full island roll out will occur.

He said that SKELEC will do its utmost to keep customers fully apprised of the changes that are to take place. He said it is particularly important for the public to understand the benefits of having their analogue meters swapped out for the new smart meters.

“We are in the 21st century and many of the older type meters, it’s technology from maybe 100 years. Modern society, we have a modern SKELEC, we are moving into the modern age. These are solid state meters, they’re a lot more accurate than what’s there now and the benefits that they offer coming up that we will add on to the system is that they interface with the computer readily and it’s the data transfer that makes them smart both ways and hopefully down the line as we move from one and as we progress and as we get it right, we will be able to have the customer himself access the meter and manage his own electricity consumption; energy management and we are going there.”

The new smart meters are being changed out by SKELEC at no cost to the customer and will allow for more accurate billing and the elimination of estimates.