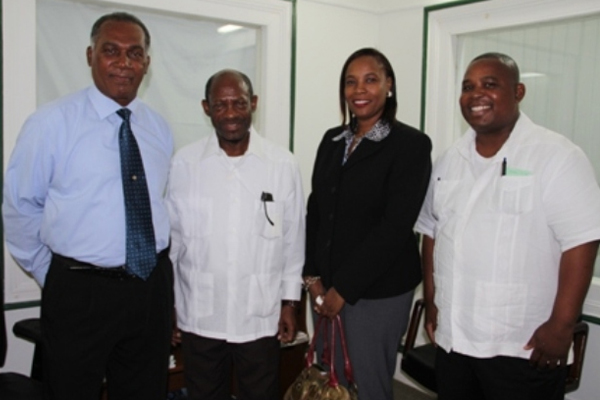 (ZIZ)– St. Kitts and Nevis’ financial standing is strong, the national debt is decreasing and government is approaching expenditure responsibly.

These were the themes of Federal Financial Secretary, Hilary Hazel’s discussion with Freedom Radio’s “EK” on Wednesday morning.

Hazel explained several complex financial matters in easily understandable language. One such issue was that of the federal overdraft.

In discussing the subject, Miss Hazel pointed out the fact that government has not used the allocated overdraft since 2012. Additionally since 2009 the value of the overdraft has been steadily reduced.

“We have had say from 2009 that the value was around 160 million and progressively it was reduced to 100 million. In 2014 the resolution sought to authorize 75 million. So that’s an additional 25 million it was reduced. So I think most importantly for the listening public to be aware of was that since 2012, just about two years, the government has not used an overdraft facility at any bank,” she said.

Very simply, this means that government is able to cover its expenses directly from the treasury.

Hazel also noted that, although the overdraft is not being drawn upon, it is a necessary facility in the event of natural disasters or other emergencies where government may require additional financial support.

“We happen to live in an area that is prone to natural disaster and so what this is simply doing is providing for precautionary funds so that the government in an emergency can respond in quick time,” she said.

In similar fashion, the overdrafts of other organizations under government purview have been reduced. She said this is a clear indication of government’s responsible approach to handling its finances and the national debt.

“As it relates to the SCASPA overdraft, that is the St. Christopher Air and Seaport Authority, they had, in the past, been granted a facility of up to 29 million. That was reduced this year to 15 million and similarly the Tourism Authority had an overdraft of 8 million, previously, and that was reduced to 5 million. So, in a nutshell I think this demonstrates the seriousness of which government has taken the management of its finances and the management of the national debt,” she said.