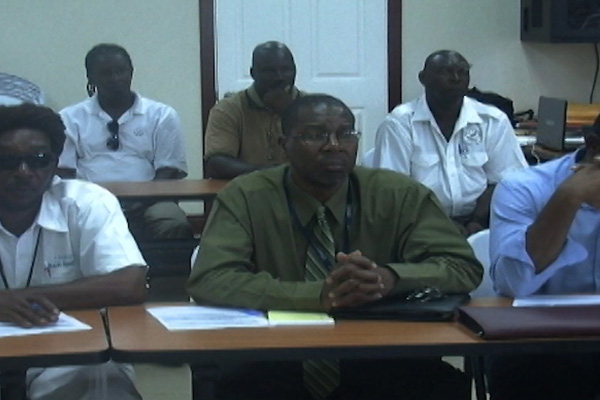 (ZIZ)– St Kitts and Nevis is taking no chance and continues its preparation for a possible oil spill disaster in the federation’s waters.

Local officials began a three-day workshop looking at preparedness, response and co-operation in the event of an incident.

The workshop is also looking at the federation’s response and co-operation and Director of Maritime Affairs, McClean Hobson says everyone must do their part to protect the marine environment.

“Those of us who are managing and benefitting from the ocean must therefore guard it, protect it and do all in our powers to prevent all forms of maritime pollution,” he said

Consultant for the International Maritime Organization, Anne Reglain outlined some of the impacts an oil spill can have on a country.

“An oil spill can have considerable impact on a nation and even an entire region; can result in significant human and environmental material and economic losses and damages,” he said.

And the permanent secretary in the Ministry Of Maritime Affairs, Patricia Martin says contrary to belief, St Kitts and Nevis is highly susceptible to an oil spill.

“Once a cruise ship is alongside to berth, there is a 95% probability that there will be a tug and a barge supplying bunker to cruise ship. For this reason, along with the proliferation of tanker traffic into and out of our ports, we must be in a state of readiness,” he said

St Kitts and Nevis is part of the oil spill protocol of the Cartagena Convention which seeks to strengthen national and regional preparedness and response capacity of the nations of the region.

The protocol also serves to foster and facilitate co-operation and mutual assistance among nations in cases of emergencies in order to prevent and control major oil spill incidents.