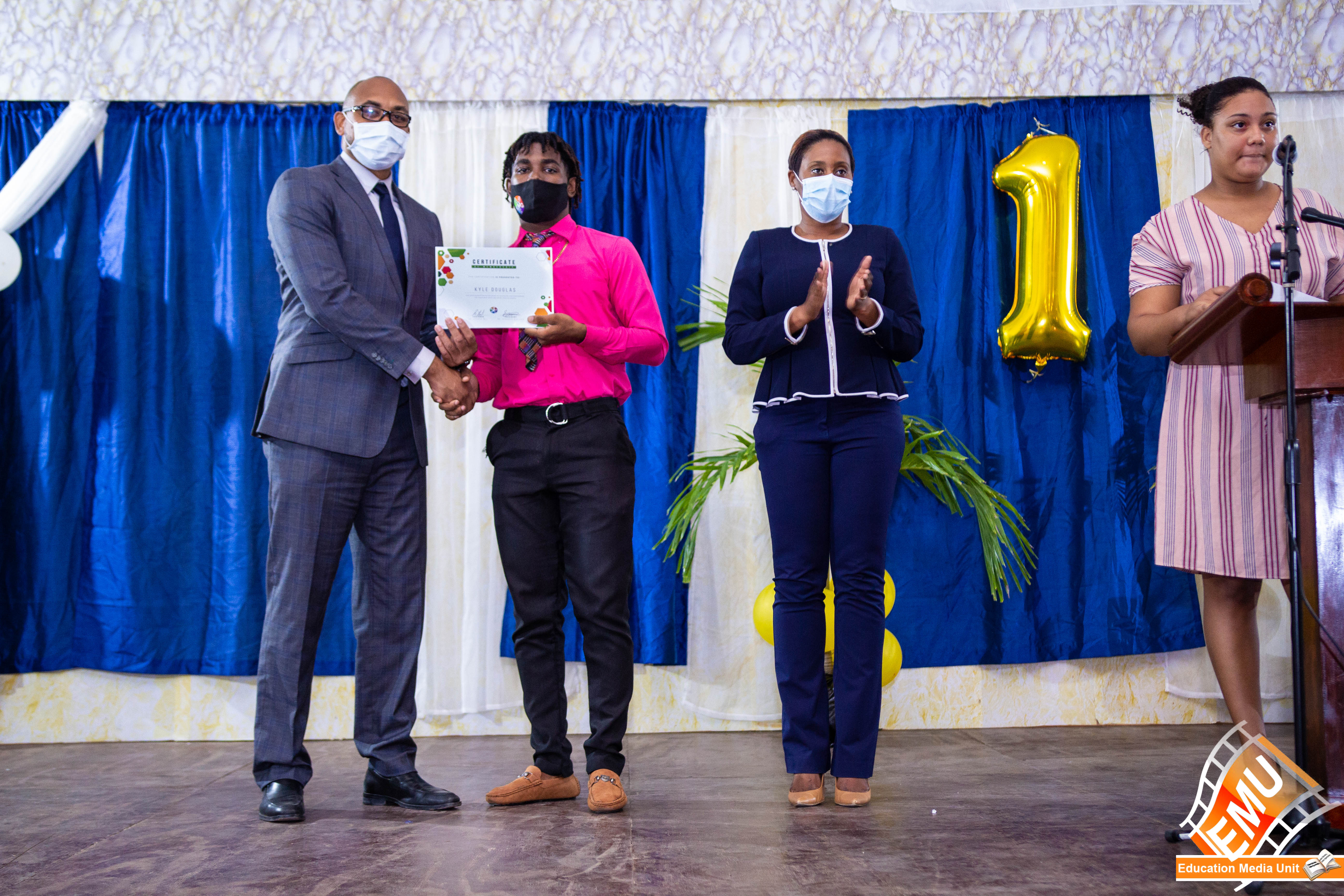 More in this report.

The ceremony served to highlight those who made the decision to become a member of the association, while also recognizing those who have excelled in the areas of STEAM education, during this past year.

In his welcome remarks, Executive Director of the St. Kitts Nevis Robotics Association Shaqueed Benjamin noted that as a Non-Profit Youth Organization, the association seeks to promote the outstanding achievements of its members by opening avenues that were not initially available to them.

He outlined some of the aims of the association.

Minister of Information and Communication Technology Hon. Akilah Byron Nisbett commended the association on their achievements and pledged her ministry’s continued to support.

She said the work being undertaken by the organization will assist with the formation of a digital economy in St. Kitts and Nevis.

Minister of Education Hon. Jonel Powell who also congratulated the association, made mention of its relationship with the UWI Five Island’s Campus in Antigua, noting that the association is making its mark locally, regionally and internationally.

The SKNRA first anniversary celebration was punctuated by the presentation of SKNRA Member Induction Certificates and awards to the ICCS Teaching Faculty, TVEMS State Scholar Abion Stevens who is the P.R.O of the Association and a token of appreciation to Dr. Neil.
Mr. Benjamin said the Association intends to develop programmes and challenges including RASP – Robotics After School Programme, NRC – National Robotics Challenge, OECS RC – Organisation of Eastern Caribbean States Robotics Challenge Marine Drone Challenge and a Public Outreach Programme.