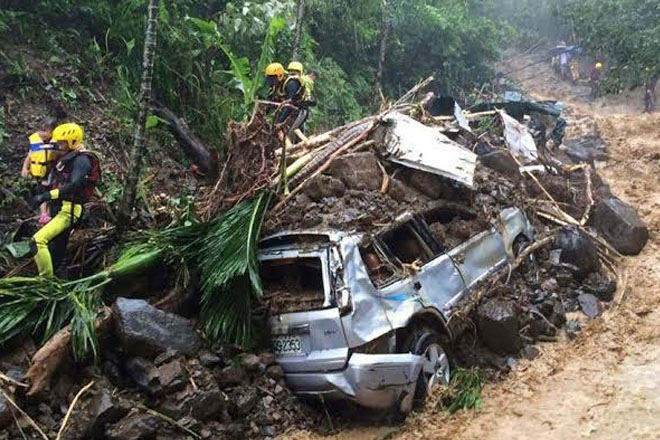 SKN stands in Solidarity with Taiwan in wake of Typhoon

Soudelor devastated the island with winds of 142 miles per hour, causing damage estimates of more than US$600 million. It was recorded as the strongest typhoon of 2015.

In a letter to President of the Republic of China (Taiwan) His Excellency Ma Ying-jeou, Prime Minister Harris noted that he was “saddened to learn of the fatalities” and will keep the families in prayer. Mention was also made of the distress caused to the hundreds of families who are now displaced because of the forced evacuation of their homes due to Typhoon Soudelor which drew comparison in strength to Typhoon Morakot of 2009.

As of August 10, the Taiwan Central Disaster Emergency Operation Centre had recorded eight deaths and 420 confirmed injuries due to Typhoon Soudelor and its effects.

“Although Typhoons are common at this time in the South China Sea and Pacific Ocean, their destructive nature and their disruptions to land and air transportation, businesses and institutions, including schools can cause havoc on communities,” Prime Minister Harris said in his letter.

Reported agriculture damage in Taiwan was said to be approximately US$18.9 million while the Ministry of Education is recording nationwide institutional damage in the amount of US$4 million. Taiwan is also reporting a record of electricity outages previously held by Typhoon Herb.

In his letter, Prime Minister Harris made the comparison with the destruction caused by hurricanes that sometimes plague the Caribbean Region, as such, solidarity was expressed during this “trying” time.

“St. Kitts and Nevis and your beloved country have long enjoyed excellent relations,” Prime Minister Harris noted expressing a measure of hope. “We know the resilience of your people and trust that all will return to a state of normalcy in short time.”

The opportunity was also taken to wish the President and people of Taiwan “peace, safety and prosperity.”