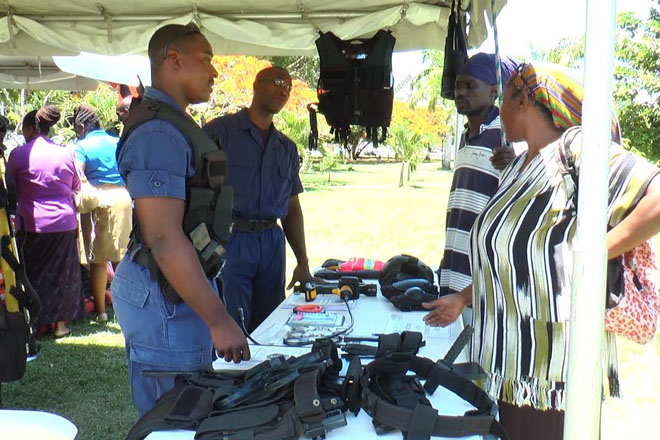 (ZIZ News) — As The St. Kitts Nevis Defence Force Celebrates Its 19th Anniversary, The Organization Commemorated This Milestone With Its Annual Career Fair At Independence Square On Monday.

The St. Kitts-Nevis Defence Force is seeking to boost enrolment through their annual Career Fair.

“In light of all the crime and violence that is going on in the federation, the SKNDF is a good organization to actually take the youths off the street so that they can better their lives with a good career and a better future ahead”, he said.

He described a number of stations where demonstrations were on display.

“We have different stalls showcasing different areas. We have the Infantry, the Coast Guards. We also have an area with slideshows showing different activities and events that the Defence Force undertakes. In addition we have a Jungle Alley which is an area that outlines how we operate in the field”, the Warrant Officer explained.

There were multiple exhibits showcasing a number of weapons used by the force along with ammunition.

A life-size display of a coast guard vessel was also on display on the western side of the Square.

Members of the force were also seen providing hands on demonstrations of survival techniques used while in jungle regions including the setting up of tents and cooking with a bamboo pot over wooden fire.