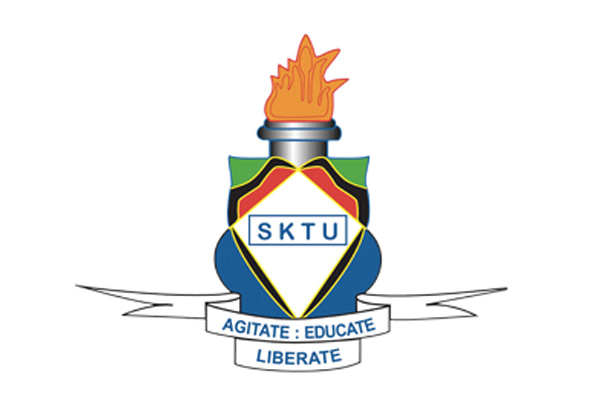 According to a lengthy statement put out by the St. Kitts Teachers’ Union, Saturday night, its members believe that ZIZ News has attempted to skew the facts surrounding the Basseterre High School matter.

The SKTU took issue with and denied a story in which ZIZ news reported that the SKTU stated it would “continue to agitate for relocation of the school.”

The SKTU also denied that it threatened the Ministry that it may escalate its protest action, which is now limited to the BHS, to “full Industrial Action throughout the island if this becomes necessary.”

These positions were stated in a letter, dated October 31st and addressed to Minister of Education, Hon. Nigel Carty.

It also denied a report carried by ZIZ News that on Tuesday 28th October the union rejected a number of proposals put forward by the Education Ministry in an attempt to resolve the matter. The proposals included offering teachers and students reporting illness the option to transfer to other schools of their choosing, carrying out additional investigations into conditions at the school and continuing the upgrades to the school’s buildings.

While the SKTU refuted the ZIZ News report indicating the Ministry had made the proposals, in the press release it responded to three of the five proposals made. The SKTU claims however that the Ministry informed them of decisions made, rather than consulted with them, at the meeting.

Despite the scientific findings of the Whittaker report, the Caribbean Industrial Research Institute (CARIRI) and the Caribbean Public Health Agency (CARPHA) opposing their view that the school was responsible for illnesses among faculty and students, the SKTU release said it was “adamant that the current school location is making people ill.”

Brandon recently hosted several shows in which the public expressed the view that the Union and management of BHS were politicizing the matter at BHS and called for them to cooperate with the Ministry of Education and comply with the recommendations of local and regional public health agencies.

Many parents called Brandon’s show, Talking Points to express anger and disappointment over the fact that students were being allowed by the schools’ management to participate in SKTU sanctioned protest action taken by some BHS teachers without parents’ permission. The view was also expressed by the host and callers that poor management and lack of cleanliness at the school were to blame for reports of paper littered class rooms, evidence of roaches and rodents and CARIRI’s findings of overgrown shrubs growing on and around classrooms on campus.

Contrary to the SKTU’s assertions, ZIZ News has reported all sides of the BHS matter. On several occasions, as recently as Thursday 30th October, ZIZ journalists again visited the school in an attempt to speak with protesting teachers but were verbally abused and approached threateningly causing the team to leave.

As a responsible media outlet, and in order to ventilate all avenues of the story, ZIZ news has however sought to report on the views of scores of people, including parents with children at BHS, students attending evening classes at BHS and BHS teachers, who have rejected the position of the SKTU and the BHS administration that there is something making people sick at the school.