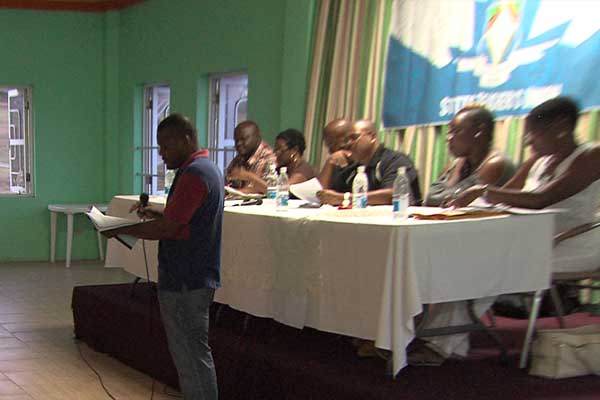 (ZIZ)– Parents, teachers and other invited guests were among those in attendance on Monday night as the St. Kitts Teachers’ Union hosted a public forum at OJ’s Conference Centre.

SKTU President Ron Collins said the purpose of the meeting was to have open talks on issues surrounding the Basseterre High School.

“We needed a forum of this nature having seen the politicization in the initial stage of this matter. We believe that the union must stand in an area where we can take leadership on this because we have felt personally that both ministries, Education and Health, have failed coming to this point,” he said.

The forum was held as part of activities in Operation Duster, which, according to Collins, is the Union’s proposed method to get all stakeholders involved in the concerns being raised.

Among the propositions raised during the meeting was a testing of the staff and students as follow-up to the examinations of the buildings at Basseterre High.

During a previous press conference, Union representatives said they were upset with the way the Ministry of Education responded to health concerns at the school.