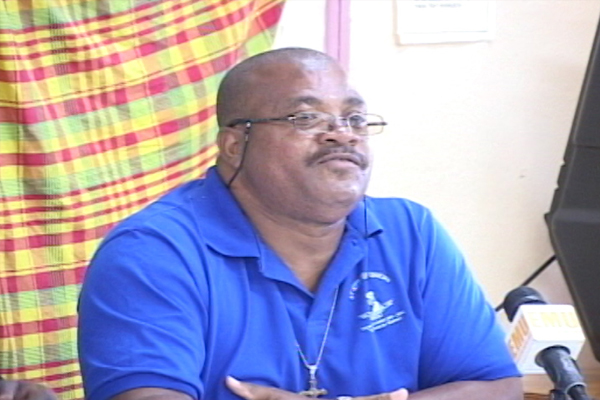 SKTU pleased with work at BHS

(ZIZ)– The St. Kitts Teachers’ Union [SKTU] is satisfied with the work done at the Basseterre High School to date in an effort to get the school ready for the start of the new academic school year.

During a stakeholders meeting held last week, the Minister of Education told teachers, parents and guardians of students attending BHS that CARPHA is satisfied with the work done in response to its recommendations.

“The St. Kitts Teachers’ Union has taken the position that the CARIRI and the CARPHA report would be accepted in terms of the recommendations as a form of remedying the difficulties that we were faced with at the Basseterre High School,” he said.

He said they were assured by the regional health bodies that there will be a drastic decrease in the number of complaints at the school.

“They have further suggested to us, or stated to us, that they are satisfied that the conditions that gave rise to a number of the issues, particularly the mould issue and so on, have been effectively addressed. And with the maintenance plan, the chemical hygiene plan and so on that have now been adopted; with the necessary checks and balances in these plans; that they are satisfied that we will experience a significant reduction – not that there won’t be any complaints – but that there will be a significant reduction in complaints,” he said.

The SKTU president said he was also pleased with the level of trust that now exists between the Ministry and the stakeholders, particularly after the management of the school was given the opportunity to oversee the work being done.

Collins also used the opportunity to commend the students of the Basseterre High School for excelling during the recent sitting of their exams despite all that transpired at the school.