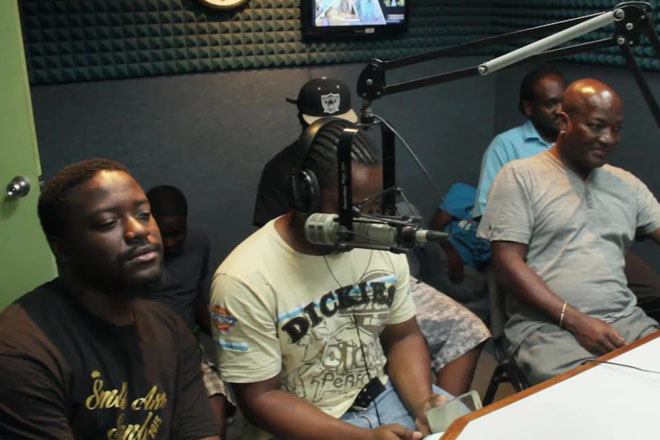 (ZIZ News)
Thursday was a big night for Small Axe fans as the band released its 2015 Sugar Mas album on ZIZ Radio.

“It’s getting better and better. Last year’s album…I think that we’ve topped it this year, with more music…the composition is better. I think so, but it’s up to the crowd to decide and tell us ‘Small Axe Band, I think you should do this or do that’ but I know in my vein I can feel it. I feel the pulse and it’s kicking,” he said

He added that the band is excited about Sugar Mas 44 and they are ready to hit the streets and thrill their fans.

“Carnival coming up is gonna be grand. I know it. I can feel the atmosphere. It’s already out there. The people are pumping the adrenaline is out there. We’re gonna hit the streets. We are going out there to make the people proud,” he said.

The Small Axe Band International is the first band to release a full album for Sugar Mas 44.