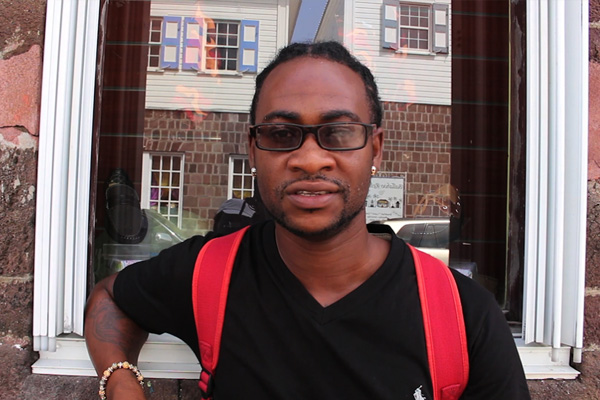 ZIZ News — Local hip hop artist, St Kitts’ Most Incredible, also known as SMI, has issued a public apology for the negative remarks about Naeemah Hazel that he made on his Facebook page, last weekend.

SMI performed on Saturday night for the St. Kitts Music Festival, just before international singer and actor, Tyrese but according to SMI, instead of introducing him, Hazel spent more time speaking about Tyrese.

Notwithstanding, SMI said that his comments were unprofessional and he hopes everyone would recognize his sincerity.

“I just want to take this time out to say sorry publicly to Naeemah Hazel, to her family, to her supporters, to everyone that believed in her. When I vented, I was just really upset about how things went down and the name calling wasn’t cool. It was very un-cool, very unprofessional. I just hope that everybody out there could just realize that I’m sincere,” he told ZIZ News.

In his public apology, SMI said that it was not his intention to ruin Hazel’s reputation.

“I’m a human being before I’m an entertainer. I’m a human being before I’m an artist. We all have flaws, we all make mistakes so it was very un-cool, unprofessional and I’m sorry for the hurt I’ve caused to Naeemah’s reputation, to her family’s reputation. Peace and one love. I didn’t mean to disrespect you. I didn’t mean to hurt you. I was just upset and I just want you to know that I’m really sorry.”

To date, SMI is the only solo local artist to have a repeat performance at the St. Kitts Music Festival.