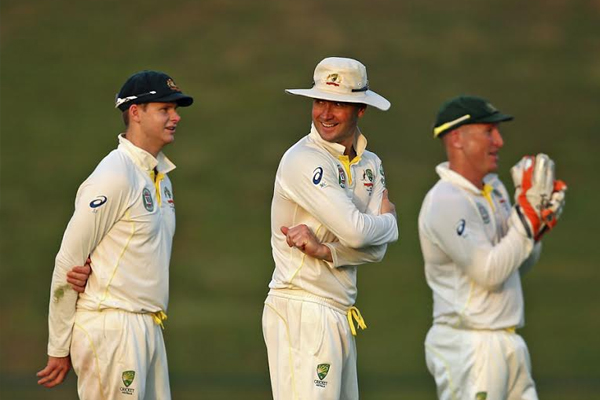 Sports Page — Steven Smith will become Australia’s 45th Test captain after being confirmed to replace Michael Clarke as leader for the remainder of the series against India. Smith has officially taken over the Test vice-captaincy from Brad Haddin as Australia’s selectors sought a more long-term solution than temporarily handing control to the 37-year-old Haddin.

Smith, 25, had widely been tipped as the next full-time captain after Clarke but had not previously been groomed in an official capacity in the same way Clarke had been as vice-captain under Ricky Ponting. However, the uncertainty surrounding Clarke’s fitness given his ongoing hamstring and back problems prompted a rethink from the selectors.

“These are difficult circumstances given Michael’s injury and the fact that we don’t know how long he will be out of the game,” national selector Rod Marsh said. “What we do know is that it won’t be an overnight fix so after a lot of thought we have taken the opportunity to appoint an emerging young leader as captain until such time as Michael regains fitness and returns to the side.

“We congratulate Steve on the wonderful honour of leading his country. On Wednesday he will become Australia’s 45th Test captain and at the age of 25 will become one of our youngest leaders. He is an exceptional young man who is highly regarded by the National Selection Panel not only for his fine performances with the bat but also his maturity and clear leadership potential.