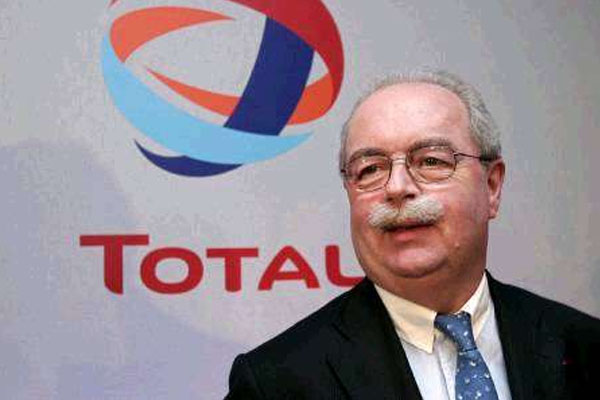 Paris, France (AFP) — A French investigator who went to Moscow to probe the plane crash that killed Total’s chief executive said Friday the snowplough that caused the accident crossed the runway and then mysteriously reversed back into the jet’s path.

Christophe de Margerie and three crew members were killed when their private jet hit the snowplough as it was taking off at Moscow’s Vnukovo airport shortly before midnight Monday and burst into flames.

“The pilots did a few checks and at that moment, the runway was clear,” he said from the Russian capital.

“Fourteen seconds after the start of the (plane’s) acceleration, one of the pilots said: ‘what’s that car crossing the runway?'”

“We know that the snowplough crossed the runway without the (control) tower’s authorisation… For a totally unknown reason, it reversed back onto the runway just as the plane arrived.”

Hochart said the pilot had seen the vehicle cross the runway and disappear, and therefore did not abort take-off.

“We know this because the flight recorder indicates that the pilots made the announcements normally made before take-off.

“Everything was normal… The plane took off and it’s at that moment that they saw the truck in front of them, so three seconds before impact.

Several Russian airport officials and employees have quit or been detained over the crash.

The 60-year-old driver of the snowplough has been ordered to be held for two months for further questioning after investigators said he was drunk at the wheel.

A Moscow court said Vladimir Martynenko had a blood alcohol content of 0.6 grams of ethanol per litre of blood, compared to the legal limit of zero for driving in Russia.

Martynenko had previously told investigators in footage of his questioning shown on television that he “lost” his bearings and failed to notice he was on the runway.