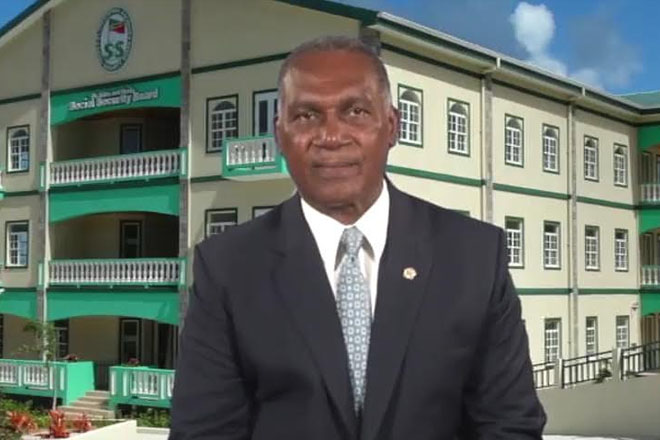 (ZIZ News) — July 1st marked the 20th anniversary of Self Employed Coverage offered by the St. Christopher and Nevis Social Security Board.

In commemoration of the occasion, Minister of Social Security Hon. Vance Amory made an address to launch a series of activities to take place throughout the month of July.

He congratulated those persons who have made contributions and are already reaping the benefits.

“Several persons who had had no other contributions as employees because they were never employed by an employer and who took the sensible step pf registering when this coverage became available have had the good fortune of eventually qualifying for pension based strictly on self employed contributions. This was possible after contributing at least 10 years worth of contributions into the fund. These persons are to be congratulated for their foresight,” he said.

The Social Security Minister also encouraged those self employed persons who are not taking advantage of the coverage to do so.

He said, “the evidence over the years has shown that while many persons have taken advantage of the opportunity to protect themselves and have been diligent in making their contributions towards such protection, there are still too many of our hard working self employed persons who have not taken that very important stance. Those persons are to be encouraged to get on board and protect themselves without further delay.”

Minister Amory also noted that to date, there are 256 persons who are receiving pensions from social security, through their contributions under Social Security’s self employed coverage.

The anniversary is being observed under the theme “In Solidarity To Self Employed To Secure Their Future”.