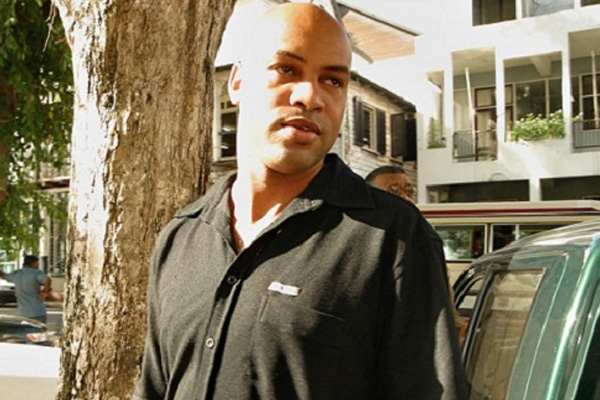 Son of Suriname leader sentenced to over 16 years in prison

NEW YORK (AP) — The son of the president of Suriname received leniency Tuesday from a judge who ordered him to serve over 16 years in prison, about half of the 30-to-life term the US Government sought after he admitted that he offered a home base in his South American country to the Lebanese militant group Hezbollah.

US District Judge Shira Scheindlin ordered Dino Bouterse, whose father had once picked him to lead a counterterrorism unit, to serve 16 years and three months in prison after he wrote a letter insisting he had no terrorist leanings and was motivated only to make several million dollars.

The case stemmed from a US Drug Enforcement Administration sting. During his August guilty plea, Bouterse admitted providing a fake passport to someone he believed was a Hezbollah operative. The 42-year-old pleaded guilty to charges including attempting to provide material support to a terrorist organisation, conspiracy to import drugs, and firearms violations. The charges carried a mandatory minimum of 15 years in prison.

“This is something I really regret and of which I am deeply, deeply, deeply ashamed!!” he wrote. “But again, I take responsibility for my irresponsible and thoughtless actions.”

Bouterse said his family was “paying heavily because of the politics and my father’s position that greatly magnified my negative acts”.

Bouterse’s father, Desi Bouterse, led a military dictatorship in Suriname in the 1980s then returned to power when he was elected president by the country’s parliament in 2010. He was accused of human rights violations when the country was under military rule, and he was convicted in absentia in the Netherlands on drug trafficking charges in 1999.

Desi Bouterse has previously said he was shocked by his son’s arrest but added that he was “responsible for his own actions”.

In court papers, prosecutors called for a sentence of 30 years to life after an indictment detailed an elaborate international sting in which the Holland-born Bouterse was recorded meeting in Greece and Panama with people posing as Hezbollah operatives and Mexican drug traffickers.

“If Bouterse had actually accomplished the goals of trafficking cocaine and supporting Hezbollah that he believed he was working toward, his actions could have resulted in catastrophic events in the US,” the Government said. “He betrayed and abused his position as a senior counterterrorism official and his political influence in Suriname for these heinous goals.”

In his letter to Scheindlin, Bouterse said his actions were “wrong, bad and reprehensible,” but he said he was no terrorist. He even cast himself as a patriot, saying he had never visited the US before his arrest, but had named his paintball team “Team 6” in honour of US special forces who killed Osama bin Laden.