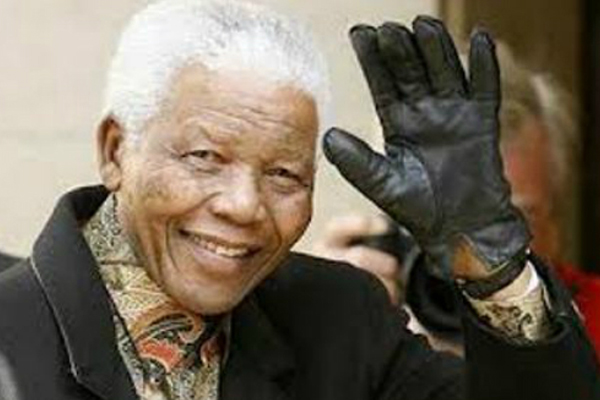 Johannesburg, South Africa (AFP) — One year after the death of former president and Nobel peace laureate Nelson Mandela, South Africans are remembering his life through prayer, walks — and cricket.

Official commemorations on the anniversary on Friday include an interfaith prayer service in Pretoria led by Deputy President Cyril Ramaphosa and the laying of a wreath by veterans from the country’s struggle against apartheid.

“Although Nelson Mandela is no longer physically with us his legacy remains to guide us,” said his one-time jailer FW de Klerk in just one of many statements to mark the anniversary.

On Friday, bells, hooters, vuvuzelas and sirens will chime, honk, blow and wail for three minutes and seven seconds — followed by three minutes of silence: a six-minute and seven-second dedication to Mandela’s 67 years of public service.

At the weekend, poets will recite, musicians play, and bikers ride in honour of the anti-apartheid icon, who died on December 5 last year after a lengthy battle with illness.

Commemorative walks will be walked and marathons run and South Africa’s national cricket and rugby teams will even battle it out in a friendly cricket match that’s been billed the Nelson Mandela Legacy Cup.

A year after his death, Mandela lives on in the public imagination of the “Rainbow Nation” he forged from the darkness of apartheid.

“It’s like being close to him, sharing a piece of him,” said Monique Swanepoel, walking through the modest red-brick house.

It was her first visit to the museum -– a three-and-a-half hour drive from her home in Zeerust, in the north of the country -– and she moved around the compact home slowly, inspecting the family photographs showing the lanky leader in his younger days.

The museum had always been popular with international tourists, said management, but Mandela’s death had lured local visitors out of the woodwork.