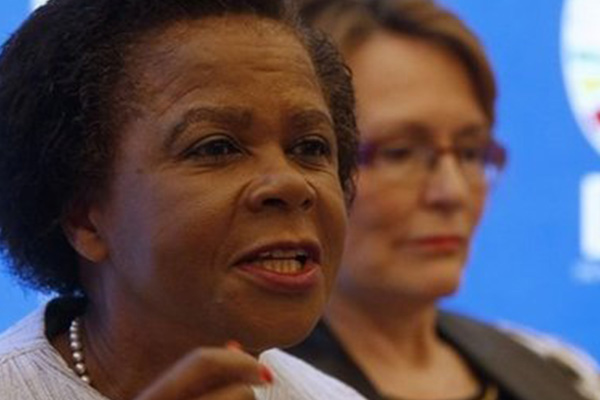 Democratic Alliance leader Helen Zille said there was “no better person” than Ms Ramphele to lead their election bid.

Analysts say the move is intended to ward off accusations that the DA is “too white” to win power.

The two leaders said they were joining forces to bring unity to South Africa – the “unity Madiba [Nelson Mandela] fought for”.

Ms Ramphele, 66, is seen as an impressive figure with impeccable “struggle credentials” – factors which still influence the way some South Africans vote.

She is also a former World Bank director and mining magnate.

However, her Agang party has failed to make much of an impact since its launch last year. It is bankrupt and a month ago was unable to pay its staff.

The BBC’s Milton Nkosi in Johannesburg says the DA takeover of Agang will certainly make this year’s election more interesting but the governing African National Congress (ANC) is still expected to retain its overwhelming majority.

In the 2009 election, it gained 65% of the vote, compared to 16% for the DA, which came second. It gained much of its support among white and mixed-race voters around Cape Town.

The elections are due in April and will mark the 20th anniversary of the elections which saw the ANC come to power, ending decades of white minority rule.

But Ms Zille said that South Africa’s political scene had changed with the death of Mr Mandela last December.

She said South Africans now had the opportunity to vote not simply out of loyalty but with the best interests of the country at heart.

“This is a game-changing moment for South Africa,” she said.

Ms Ramphele said: “I believe that this decision is in the best interest of South Africa as we head into turbulent waters.”

As a community doctor who worked in the Eastern Cape alongside her partner, the late Steve Biko, Ms Ramphele led grassroots resistance against white minority rule in the 1970s.

She went on to become a director of the World Bank, a vice-chancellor at the University of Cape Town, and until recently sat on the board of a major mining company.

The ANC will also face another challenge, after its former youth leader Julius Malema formed a new party last year.

His Economic Freedom Fighters accuses the ANC of not doing enough to tackle South Africa’s high levels of poverty and wants to nationalise the country’s rich mines and seize white-owned land.