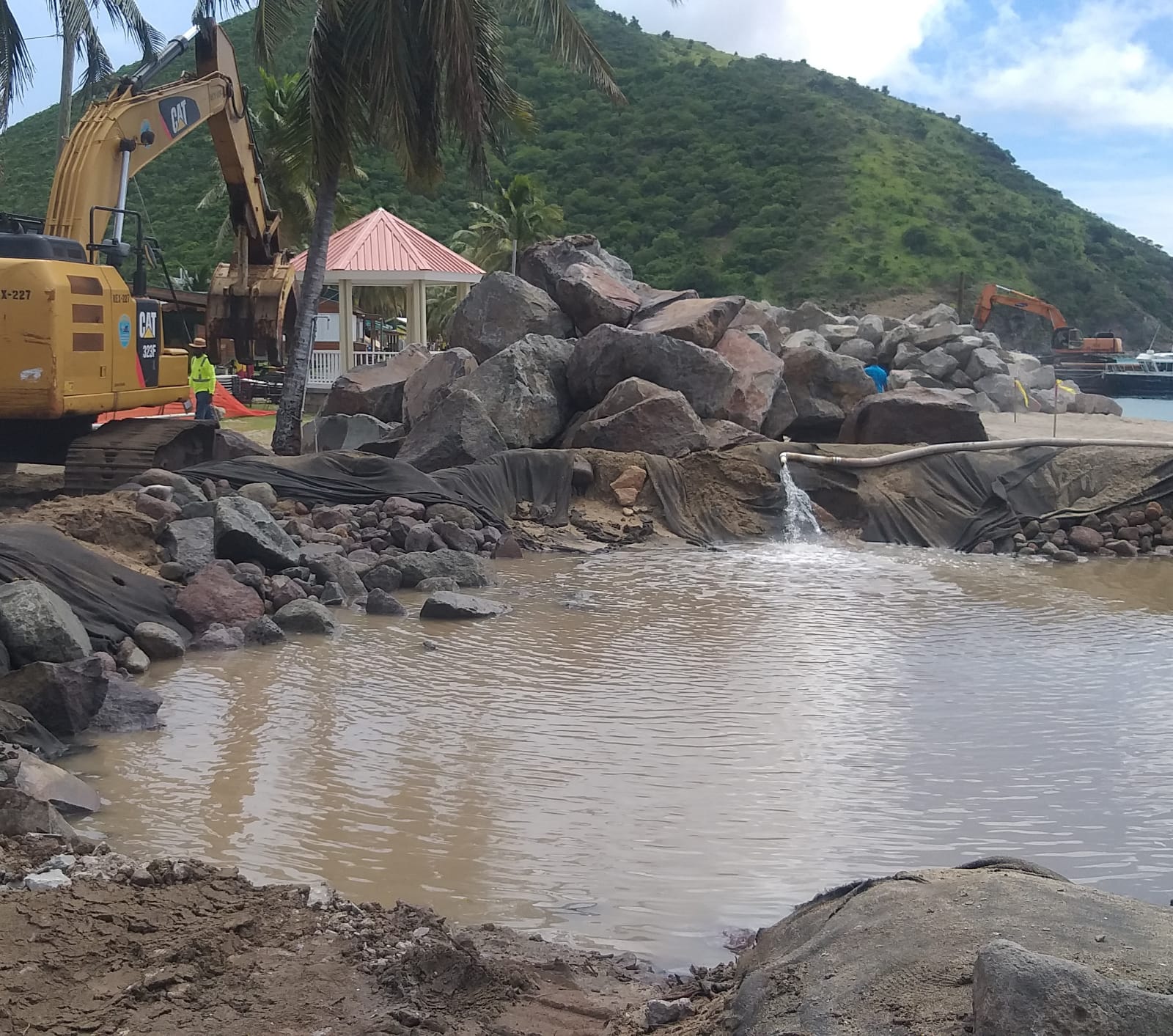 Basseterre, St. Kitts, October 9th , 2020 (ZIZ News):
As part of the government’s push to enhance the federation’s beaches, work at the popular Frigate Bay Beach Strip continues in an effort to preserve and protect it.

During a walkthrough of the beach on Friday ZIZ news was shown the progress of the work being done so far.

Work at Frigate Bay Beach began late September and is expected to run for 4 months.
The improvements being made consist of the construction of offshore breakwaters, onshore groyns and a beach nourishment process.

“The off-shore breakwater is basically to attenuate the in the central and southern portions of the beach. The groyns –those are basically to anchor the beach nourishment as well as stop the stop the long shore movement of the sediment once the material is placed and the final step is the beach nourishment process which is basically dredging and pumping the sand so we can have a widened beach and something that the public will be pleased with.”

Williams explained that at the time of this recording they are in the first step of the process which involves stockpiling boulders for the construction of the breakwater.

“Well first of all there are two local contractors, Rock and Dirt would be handling the land side work and St. Kitts Marine Works will be handling the marine based works. So Rock and Dirt would deliver the stones here at the drop site, they would then place it in a wash pit which will basically remove all the mud and debris from the quarry cause it’s an environmentally friendly project. Once that’s removed they would take it and stockpile it and then the second contractor which is St. Kitts Marine Works, they would load it on the barge, take it off site and the construct the breakwater.”

Minister of Tourism, Transport and Ports, Hon. Lindsay Grant explained that the efforts to preserve the beach stems from it being significantly eroded.

“We felt it necessary because we feel that this is one of the more iconic beaches in St. Kitts and Nevis and we must preserve it. Had we not move to preserve this beach, the beach as you would recognize has already been eroding significantly”.

The Minister added that similar erosion is also being observed at Friars Bay and it is the next area being considered for improvement.

The Frigate Bay Beach Enhancement project will cost approximately $4 million and is expected to be completed by mid-January 2021.