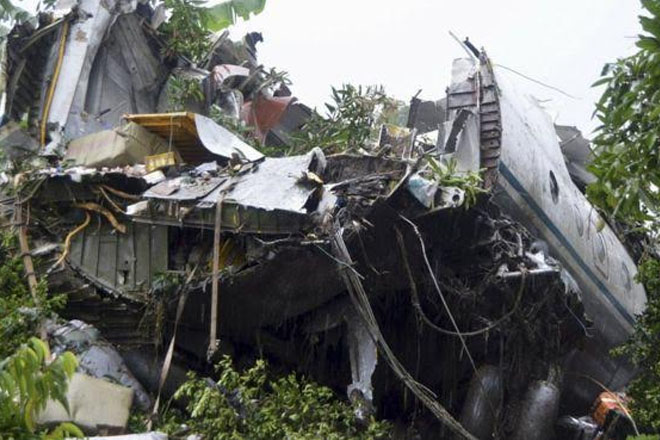 (BBC) A cargo plane has crashed on take-off near the international airport in South Sudan’s capital Juba, killing at least 36 people.

South Sudan’s transport minister says two people were found alive, but one of them later died. Earlier an official had said there were three survivors.

It is not yet known how many were killed on the plane, or on the ground.

The Antonov An-12 plane was heading to Paloch, Upper Nile State, and crashed 800m (half a mile) from the runway.

But a police officer and eyewitness told Reuters they had seen 41 bodies.