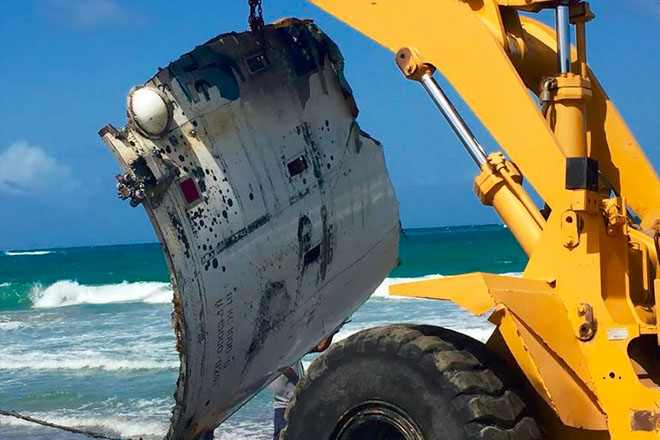 (ZIZ News) — It was an out of this world experience for police officers in Nevis on Sunday when they discovered debris of a space shuttle washed up at White Bay.

The fragments have been identified as pieces of a Russian rocket that fell to earth some time ago.

ZIZ has learnt that the Eastern Caribbean Civil Aviation Authority said the debris is part of a rocket associated with the launch of Sentinel Satellite 1b from the European Space Agency Spaceport in Kourou, French Guiana.

According to the ESA website the satellite was launched on April 25 2016 and its goal is to deliver information for numerous services, from monitoring ice in polar seas to tracking land subsidence, and for responding to disasters such as floods.

The debris that washed up in Nevis was reportedly part of the rocket that propelled the satellite into orbit.

After disengaging, these rockets often fall back to earth and break up in the atmosphere.

The recovered debris has been secured at the customs department.