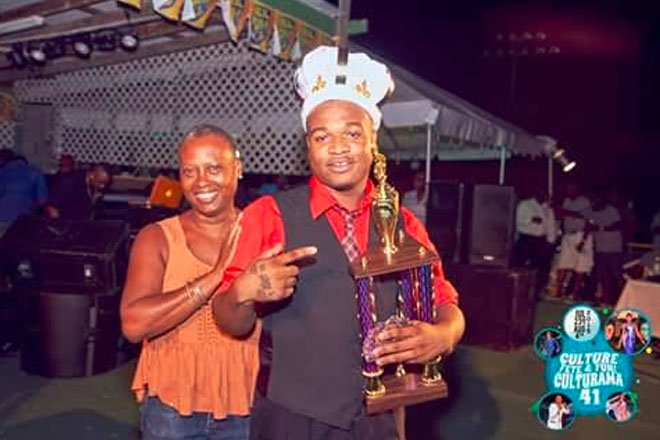 (ZIZ News) – The Odisi Band’s Speedy is the 2015 Culturama Groovy Soca Monarch while X-Man, who is known for his affiliation with the Kasanova Band, is the Power Soca Monarch.

The two men were crowned in the wee hours of Saturday morning after a keenly contested Culturama Soca Monarch Finals at the Cultural Village in Nevis.

X-Man’s “Body Talking” and Delly Ranks’ “This One for You” secured them the first and second runners up positions respectively in the Groovy category but they were no match for Speedy’s “Side Dish”.

Delly Ranks was first runner up in the power category with “Jamming”. His closest competitor was Daddy Tustee with “Riddim in Dem Head.” He placed second runner up.

The Culturama Soca Monarch returned this year after many years of trying to reinstate it on the Culturama Calendar.

Culturama 41 continues tonight in Nevis with the swimsuit round of the Miss Caribbean Culture Queen Pageant and the TDC Senior Kaiso Finals.