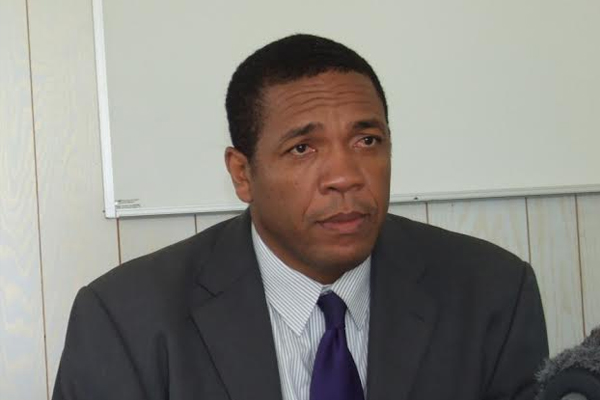 Basseterre, St. Kitts (SKNIS) — A number of sporting facilities in St. Kitts are earmarked for a facelift in 2015.

Minister of Sports, the Honourable Glenn Phillip stated that more than $5.5 million has been allocated to the Department of Sports with $3.9 million to cover capital expenditure on the upgrade and redevelopment of sporting facilities.

Projects include enhancements to the Silver Jubilee Athletic Stadium in preparation for the 2015 CARIFTA Games. Work will also be undertaken at the St. Peter’s playing field to complete the perimeter fence. At the Boyd’s/Trinity play field, work will be done on the play area and a pavilion with restrooms and players change facilities will be constructed.

“The digitization of Warner Park continues in 2015, where we will complete the erection of modern floodlighting and digital media scoreboards at Warner Park,” Minister Phillip outlined during his contribution to the debate of the 2015 Budget. “Warner Park will be the Mecca of sport in the region. All games must, in 2015 and onward, consider Warner Park among and ahead of all sporting venues in the region.”

The Minister highlighted the ongoing engagements with primary and secondary student athletes as well as those younger through grassroots development programmes. He pointed to a number of successes achieved this year including a dominating performance at the OECS Track and Field competition and the upward movement of the female beach volleyball team, now ranked number 8th in the western hemisphere.

St. Kitts and Nevis’ hosting of nine matches of the Limacol Caribbean Premier League (CPL) T20 tournament which included the two semifinal and final games were also mentioned and the nation was reminded of that the economic impact of the games totalled more than US $26 million.