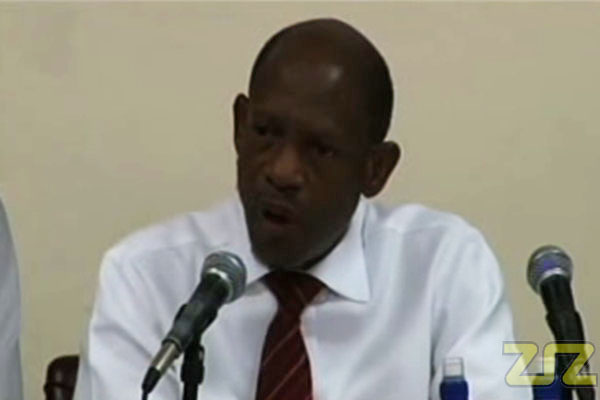 Sports and Crime Fighting: The Cornerstones of a Healthy Society

ZIZ News — “Two cornerstones of a healthy society are athletic endeavours and crime fighting at the level of the community.” So says Prime Minister the Rt. Hon. Dr. Denzil Douglas.

Prime Minister Douglas was at the time addressing the “Conversations For Progress” town hall meeting held in St. Peter’s on Wednesday evening.

He said sports and crime fighting play an integral role in the progress and success of society.

The Prime Minister said there are many benefits to be derived from nurturing the sports industry in the Federation.

“There are the financial and economic benefits,” he said. “We have worked to make St. Kitts and Nevis a major sports tourism destination and the economic activities and cash flows generated by major sporting events are substantial. Just think of what will be brought into the country in financial terms by the hosting of the CPL games. They begin before the athletes and visitors arrive in the form of jobs and contracts associated with the preparation of these events and last after the last athlete and visitor has left.”

In his address, Prime Minister Douglas also focused on crime in the Federation, stating that the government is committed to working with the police in ensuring the safety of all citizens.

“Everything this country and this government does in the area of crime fighting is motivated by a commitment to protect and strengthen our communities. Whether you look at our expenditures in the areas of training and capacity building or you look at our sustained focus management and leadership skills. It is all motivated by our commitment to ensure that the Royal St. Kitts Nevis Police Force is better equipped to work with and for our communities with the high degree of professionalism and utilising the advantages of modern technology,” he said.

“Conversations For Progress” is a series of town hall meetings to be held around the island, hosted by the government of St. Kitts and Nevis.