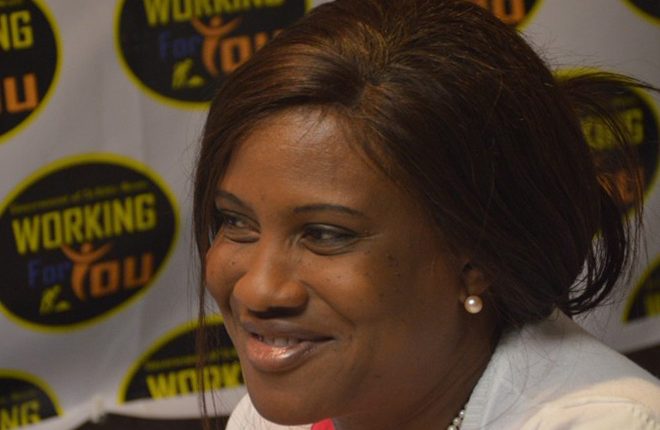 (SKNIS): Preserving one’s natural environment is essential for maintaining community sustainability. Against this backdrop, the St. Christopher National Trust (SCNT) is partnering with the Department of Environment to ensure that the Federation’s natural resources are protected at all cost.

Executive Director of the St. Christopher National Trust, Ryllis Percival, appeared on “Working for You” on Wednesday, August 08, to discuss the importance of protecting St. Kitts and Nevis’ natural resources, in particular coral reefs under the project dubbed ‘Conserving Biodiversity and Reducing Degradation in Protected Areas and their Areas of Influence’.

“We are partnering with them. We are a part of the council and soon the National Trust will be doing promotion on what the purpose is of protecting these areas and how they can be protected,” she said. “So that is our involvement. We would be putting forward promotional campaigns to sensitize visitors and residents on the protected areas, where they are and how they can protect them.”

Ms. Percival noted that there is a lot more that can be done to protect and preserve the Federation’s natural resources. She appealed to the general public to play a vital role in ensuring that the objectives are achieved.

She spoke briefly to the issue of Sargassum, which is a type of seaweed that is creating problems among marine life and for tourism, as it washes up across shores in the Caribbean region.

“It is a challenge and I have not had a discussion with our environment committee in terms of the impact of it but it is something that I would definitely discuss with them and see where the National Trust can fill in,” said the executive director.

The project was implemented by the United Nations Development Programme (UNDP) and funded by the Global Environment Fund (GEF) to the tune of US$3.3 million. The investment by GEF paved the way for the legal establishment of five new protected areas, two terrestrial and three marine.