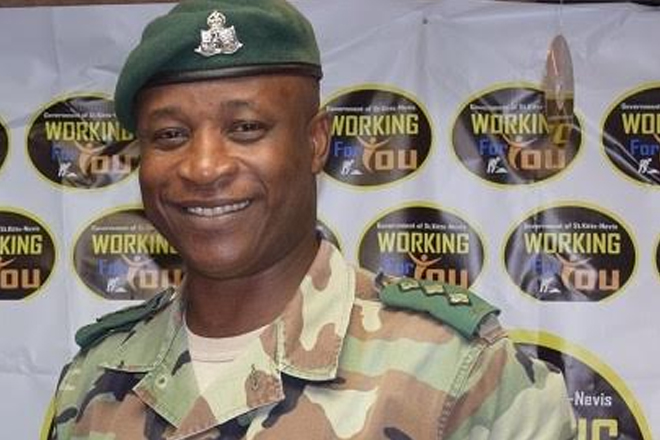 (SKNIS): Captain Kayode Sutton, Public Affairs Officer of the St. Kitts and Nevis Defence Force, said that although the Defence Force has encountered challenges in its efforts to eradicate illegal drugs and stamp out drug trafficking in the Federation, it remains committed to the fight.

Speaking on the Government’s radio and television programme “Working for You” on August 03, Captain Sutton outlined some of the challenges faced. He said that while patrolling the seas, Defence Force officers have come across dangerous drug traffickers, who will do anything in their efforts to elude the security force.

“You find people will be trafficking drugs; you intercept them on the sea and rather than cooperating with the law enforcement officers…they want to see if they can get away,” Captain Sutton said.

He also highlighted that the lives of officers are in constant danger as they try to make the society free of illegal drugs.

“Traps are planted by perpetrators to evade authority figures and [such actions] are a danger to the lives of officers.”

In carrying out their search for illegal drugs, he said that officers have, for example, experienced persons involved in the cultivation of marijuana who have opened fire against them in order to avoid being detained.

He further mentioned that the perpetrators go to the extreme of setting booby traps and having dogs to protect their property, all in an attempt to resist the security force.

However, Captain Sutton said that “every profession has its challenges” and that the St. Kitts and Nevis Defense Force in collaboration with the Royal St. Christopher and Nevis Police Force will do all that is possible to maintain law and order within the twin-island federation.