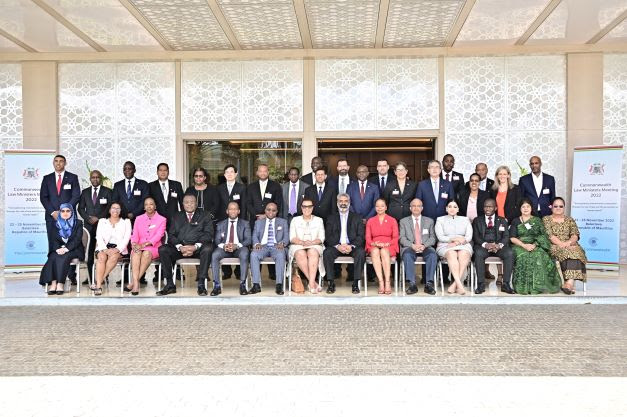 The Law Ministers Action Group is a newly established advisory body to the Commonwealth Secretary-General on the building of effective rule of law and equal access to justice frameworks in the Commonwealth. The Federation’s Attorney-General and Minister of Justice and Legal Affairs, Hon. Garth Wilkin, who is currently attending the Meeting, said that he is—

“proud that our small but internationally impactful Nation has been elected to represent the Caribbean on this important Action Group which is tasked with reviewing progress and advising on key rule of law and equal access to justice strategies, action plans, and projects being undertaken by or with the involvement of the Commonwealth Secretariat, including promoting member countries’ realization of their Sustainable Development Goal 16 targets. The Action Group will also be implementing decisions, declarations, and action plans adopted by Law Ministers at their biennial meeting; and implementing decisions, declarations, and action plans endorsed or proclaimed by Commonwealth Heads of Government at their biennial meetings.”