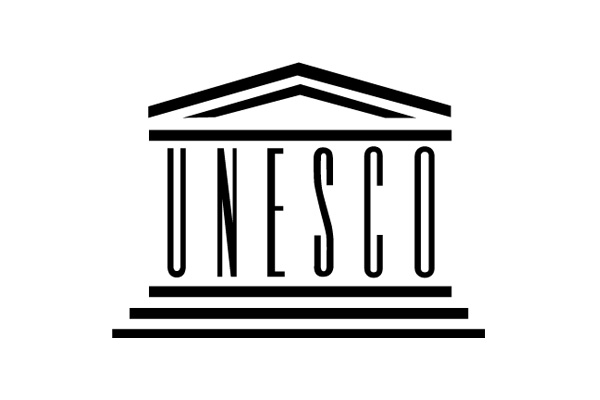 St. Kitts and Nevis engages on recognition of higher education diplomas at UNESCO

Paris, 21 March 2019 – St. Kitts and Nevis’ educational diploma accreditation expert was in Paris this week to participate in the second intergovernmental meeting on the Global Convention on Higher Education Qualifications, held at the specialised UN agency, UNESCO.

Ms Trisha Francis, executive-director of the St. Kitts Nevis Accreditation Secretariat of the St. Christopher and Nevis  Accreditation Board (SKNAB), has just arrived in Paris for a week-long session of this inter-governmental group. The central purpose
of this session is to revise the draft Convention on recognition of Higher Education Qualifications text for presentation at high-level Ministerial UNESCO 40th General Conference early November this year.

UNESCO has a long-standing legacy role in the area of recognition of higher education qualifications and continues to serve as a global platform for discussion on the recognition issues and the promotion of academic mobility. Over the past few decades, UNESCO has established a number of conventions on the recognition of higher education qualifications at the regional level, which includes one for Caribbean small island states like St. Kitts & Nevis. The Regional Convention on the Recognition of Studies, Diplomas and Degrees in Higher Education in Latin America
and the Caribbean was adopted in Mexico City on 19 July 1974 (now enshrined under UN Treaty Series No. 14287)

The existing Global Convention is in need of much updating and recalibration to reflect the evolution of the role of education in society. Much of this has been triggered by academic mobility that has sharply grown with the population of increasingly mobile young people since 2002.

As Ms Francis can attest, seeking mutual or even regional recognition of higher education diplomas is still a challenge for young people in the Caribbean. “We fully support the notion of establishing the right to transparent, reliable and  nondiscriminatory procedures to access higher education qualifications from outside the Federation, and a reciprocal approach adopted by other states, conducted within a reasonable timeframe”.

UNESCO intends to add a new dimension to the Global Convention covering the recognition – not always automatic – of qualifications for individuals without proper documentation, such as refugees and displaced persons.

Notes Ms Francis, “as academic mobility amongst the St. Kitts & Nevis youth grows, either through attendance at foreign educational institutions or via remote study modules, we need to have in place a transparent information of reciprocal quality
assurance processes for higher education, starting with the Caribbean region”.

“Capacity building in processes is part of this architecture, which is part of the reason why I am attending this important UNESCO meeting”.

Ms Francis was accompanied by Dr. David Doyle, Ambassador of St. Kitts & Nevis to UNESCO, based in Paris, who remarked that “UNESCO has a tradition of providing technical support on regulation issues through the implementation and monitoring of
regional conventions on the recognition of higher education qualifications and by supporting Member States at local level to improve their quality assurance mechanisms”.

He went on to day: “UNESCO has been hugely helpful to St. Kitts & Nevis over the past four years in assisting us to now tackle many challenges in our education strategy, resulting from the first-ever UNESCO evaluation of the Federation’s education policy framework in 2016”.

Back in Basseterre, the secretary-general of the national commission for UNESCO, Mr. Antonio Maynard, added: “Building a national framework for recognition of higher education  qualifications in St. Kitts and Nevis, and also at Caribbean-wide level, is the next fundamental step”.

The UNESCO Convention enables Member States to share experiences on the international exchange of faculty and research, and its implications for policy design and implementation. To facilitate the international exchange and mobility of knowledge, teachers, learning and learners, UNESCO facilitates the revision and implementation of regional normative instruments on the recognition of higher education qualifications including those of refugees and displaced persons.

UNESCO, as an intergovernmental body, does not have the mandate per se to accredit nor to recognise higher education institutions, programmes, diplomas or accrediting agencies. But its technical expertise and normative instruments contribute greatly to assisting Member States to create the legal and organisational
structures to enable accreditation processes for higher education qualifications.

St. Kitts & Nevis will be seizing this week’s intergovernmental meeting in Paris to identify areas where it can secure expertise from UNESCO to strengthen its existing embryonic accreditation framework.

On the fringes of the opening ceremony, Trisha Francis and Ambassador Doyle met Ms Stefania Giannini, Assistant Director-General for Education at UNESCO, the top United Nations official in the field of education. In this position, she provides strategic
vision and leadership for UNESCO’s Education Sector in  coordinating and monitoring the implementation of the Education 2030 Agenda, encapsulated in Sustainable Development Goal 4.